When kids talk to robots: Enhancing engagement and learning 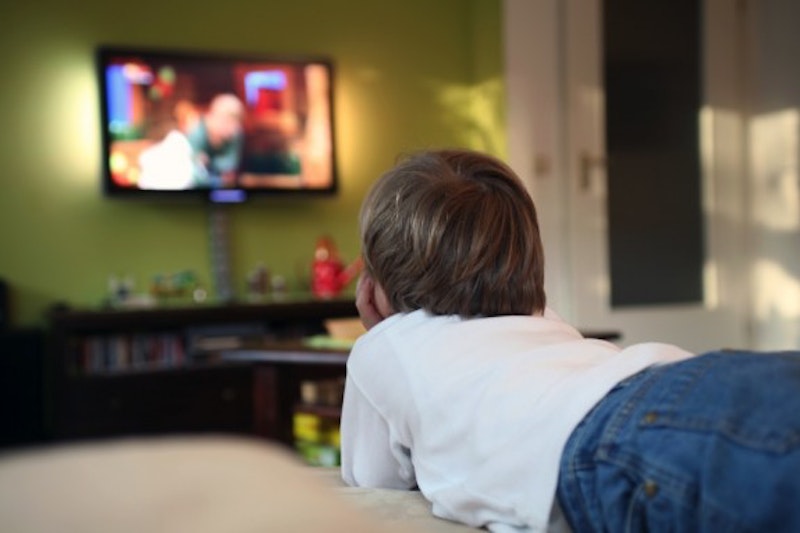 Conversational robots and virtual characters can enhance learning and expand entertainment options for children, a trio of studies by Disney Research shows, though exactly how these autonomous agents interact with children sometimes depends on a child's age.
Pre-school children responding to an on-screen character, for instance, may be happiest if the character simply waits for their responses or repeats a question. Older children talking with a robot, on the other hand, appreciate it when the robot references their previous conversations, while younger children are just as happy if the robot treats each conversation as a new encounter.
"Teasing out these nuances is necessary if we are to make the interactions between automated characters and children as engaging as possible," said Jill Fain Lehman, senior research scientist.
"Though parent-child interaction remains the most important factor in child development, the prospect of automated characters that can interact with children offers exciting opportunities for further enhancing learning and play," said Markus Gross, vice president at Disney Research. "The insights that our researchers are gleaning from their experiments will help us create interactive media that children will embrace and cherish."
In one set of studies led by Elizabeth Carter, associate research scientist, the researchers examined how children ages 3-5 responded to interactive television programming. Children's programming that involves characters asking questions of young viewers has been extremely popular for the last two decades, even though the characters only pause a set amount of time before proceeding with the action.
This study looked at how children react when the character responds as soon as the child finishes answering, as well as when the character repeats an unanswered question and when the character indicates whether the answer is correct. Because of the limitations of existing conversational agents, researchers used a method in which an unseen human controls the interaction, but the child perceives the interaction as being with the virtual character.
The researchers found that children were more likely to verbally engage with the program when the character waited for their responses and when unanswered questions were repeated. But feedback about their answers didn't seem to matter.
"The bottom line is if your technology has a microphone to detect a child's response, then you should take advantage of it," Carter said. "But you don't need to worry about speech recognition because kids this age don't care about the feedback."
In a second study led by Boyang "Albert" Li, the researchers studied collaborative storytelling. When parents and children engage in storytelling together, research has shown substantial benefits in vocabulary, narrative comprehension and cognitive development, he noted. Existing storytelling robots or virtual characters, however, just tell a story and then have the child tell a story. In these experiments with 78 children ages 4-10, Li, Lehman and their colleagues investigated what happens if the robot makes suggestions as the child tells a story.
They looked at what happens when the robot makes suggestions based on the context of the existing story, such as "What happens if our hero finds a kitten?" as well as suggestions unrelated to context, such as "How about adding a kitten to our story?" They found the children enjoyed both types of suggestions.
Younger children and boys seemed to have more difficulty with contextual suggestions, perhaps because this forced them to think about how someone else perceived the story, the researchers found. Even so, they enjoyed the experience and might learn more from such suggestions in the long run.
"Children learn best when they are given difficult tasks within their reach," Li said. "But the effects only become apparent over time."
In the final study, led by Lehman, researchers looked at how 67 children ages 4-10 interacted with a conversational robot named PIPER. This study also used a method to simulate autonomous interaction. The children alternated participation in various activities with other robots and talking with PIPER about each activity.
In one experimental condition, PIPER showed no indication it remembered the previous encounters. In a second condition, PIPER would make references to previous conversations. In a third condition, the robot had both its own memory of previous interactions and information provided by other observers of the children's activities, much as one person might hear about an event from a second person concerning a mutual friend.
Lehman said younger children most enjoyed conversations in which PIPER didn't display any memory of previous encounters. But older children were most engaged when PIPER seemed to remember them and shared opinions that were based on the knowledge provided by others.
"Compared with the other robots they encountered, older children who interacted with the version of PIPER with a persistent memory thought it was the most intelligent of the robots and was their favorite," Lehman said.
Source: Disney Research
Top image: Growing Your Baby