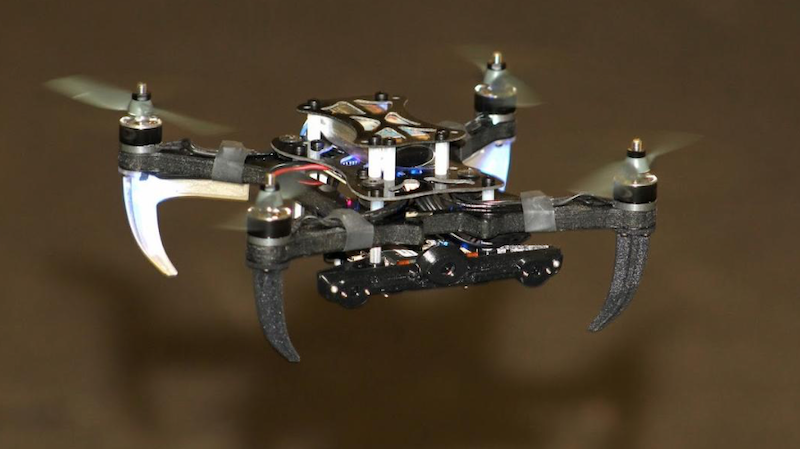 The United States Army Research Laboratory has awarded the University of Pennsylvania's School of Engineering and Applied Science a five-year, $27 million grant to develop new methods of creating autonomous, intelligent, and resilient teams of robots.
These teams, consisting of multiple different types of robots and sensors with varying abilities, are designed to assist humans in a wide range of missions in dynamically changing, harsh and contested environments. These include search and rescue of hostages, information gathering after terrorist attacks or natural disasters, and humanitarian missions.
The award is part of ARL's Distributed and Collaborative Intelligent Systems and Technology (DCIST) Collaborative Research Alliance. Penn Engineering will lead this alliance in collaboration with the Army Research Laboratory, Massachusetts Institute of Technology's Aeronautics and Astronautics Department, and Georgia Institute of Technology. The consortium also includes faculty from University of California San Diego, University of California Berkeley and University of Southern California.
DCIST involves imbuing teams of heterogeneous robots and sensors with the intelligence to learn and adapt to different settings and perform new tasks along with humans. Key to this vision is building resilience to disruption.
Teams of robots and human first responders might eventually be used to survey a disaster site for victims, but unpredictable environments and ongoing hazards could damage or destroy some of the robots, or disrupt communications between them. If each robot were just preprogrammed and given specific instructions, that could lead to gaps in their search. But if the team were able to reconfigure itself in response to damage, the remaining robots could collaboratively decide how to reorganize and work with human partners to complete the mission.
"We want to have teams of robots that know how to work together, but can figure out how to keep working even if some of their teammates crash or fail, if GPS signal is unavailable, or if cloud services are disrupted," said Vijay Kumar, Engineering's Nemirovsky Family Dean and director for the DCIST program. "This means designing networks with loose, flexible connections that can change on the fly. That way, a single event can't bring down the entire network. More importantly, we want them to learn to perform tasks they may have never performed and work alongside humans that they may never have worked with."
The three important research focus areas are distributed intelligence and learning; creating a cohesive team of autonomous robots, sensors, computational resources and human experts; and building resiliency in group behaviors.
With multiple types of assets collectively assessing a complex, continuously changing scenario and determining how best to assign their individual skills to a broadly defined problem, such human-robot teams of the future would be ideal first-responders to dangerous situations.
"The technology we're working will better allow humans to respond by projecting their intelligence without directly coming in harm's way," Kumar said.
Source and top image: Pennsylvania University
Learn more at the next leading event on the topic: Sensors Europe 2020