If military robot falls, it can get itself up 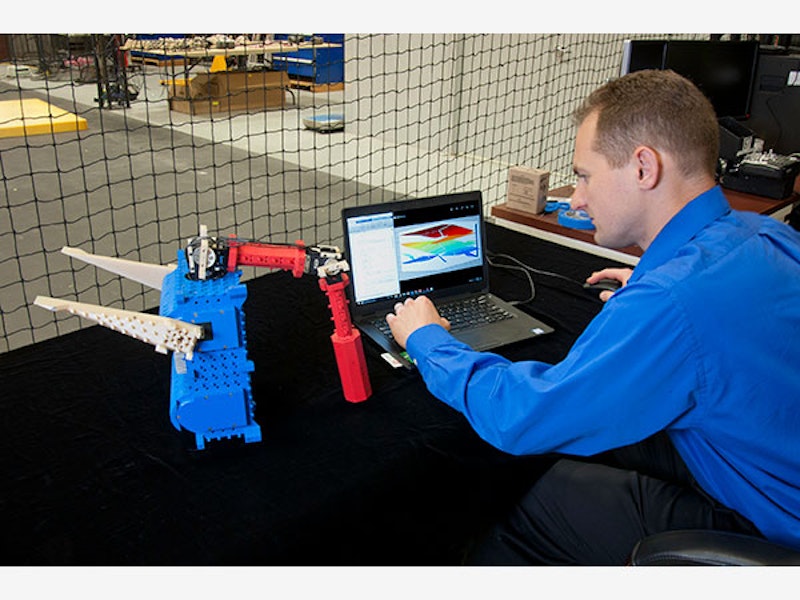 Scientists at the U.S. Army Research Laboratory and the Johns Hopkins University Applied Physics Laboratory have developed software to ensure that if a robot falls, it can get itself back up, meaning future military robots will be less reliant on their Soldier handlers. For more information see the IDTechEx report on New Robotics and Drones 2018-2038.
Based on feedback from Soldiers at an Army training course, ARL researcher Dr. Chad Kessens began to develop software to analyze whether any given robot could get itself "back on its feet" from any overturned orientation. "One Soldier told me that he valued his robot so much, he got out of his vehicle to rescue the robot when he couldn't get it turned back over," Kessens said. "That is a story I never want to hear again."
Researchers from Navy PMS-408 (Expeditionary Missions) and its technical arm, the Indian Head Explosive Ordnance Disposal Technology Division, agree. They teamed up with JHU/APL and the prime contractor, Northrop Grumman Remotec, to develop the Advanced Explosive Ordnance Disposal Robotic System, or AEODRS, a new family of EOD robotic systems featuring a modular open systems architecture. A lightweight backpackable platform, which is increment one of the program, is expected to move into production later this year. One critical requirement of the program is that the robots must be capable of self-righting.
"These robots exist to keep Soldiers out of harm's way," said Reed Young, Robotics and Autonomy Program Manager at JHU/APL. "Self-righting is a critical capability that will only further that purpose."
To evaluate the AEODRS system's ability to self-right, JHU/APL teamed up with ARL to leverage the software Kessens developed. The team was able to extend its ability to robots with a greater number of joints (or degrees of freedom) due to JHU/APL researcher Galen Mullins' expertise in adaptive sampling techniques.
"The analysis I've been working on looks at all possible geometries and orientations that the robot could find itself in," Kessens said. "The problem is that each additional joint adds a dimension to the search space--so it is important to look in the right places for stable states and transitions. Otherwise, the search could take too long." Kessens said Mullins' work is what allowed the analysis to work efficiently for analyzing higher degree of freedom systems. While Kessens' work determines what to look for and how, Mullins figures out where to look. "This analysis was made possible by our newly developed range adversarial planning tool, or RAPT, a software framework for testing autonomous and robotic systems," Mullins said. "We originally developed the software for underwater vehicles, but when Chad explained his approach to the self-righting problem, I immediately saw how these technologies could work together."
He said the key to this software is an adaptive sampling algorithm that looks for transitions. "For this work, we were looking for states where the robot could transition from a stable configuration to an unstable one, thus causing the robot to tip over," Mullins explained. "My techniques were able to effectively predict where those transitions might be so that we could search the space efficiently."
Ultimately, the team was able to evaluate the AEODRS systems' eight degrees of freedom and determined it can right itself on level ground no matter what initial state it finds itself in. The analysis also generates motion plans showing how the robot can reorient itself. The team's findings can be found in "Evaluating Robot Self-Righting Capabilities using Adaptive Sampling," set to be published in IEEE's Robotics and Automation Letters in August.
Beyond the evaluation of any one specific robot, Kessens sees the analysis framework as important to the military's ability to compare robots from different vendors and select the best one for purchasing.
"The Army and Navy want robots that can self-right, but we are still working to understand and evaluate what that means," Kessens said. "Self-right under what conditions? We have developed a metric analysis for evaluating a robot's ability to self-right on sloped planar ground, and we could even use it as a tool for improving robot design. Our next step is to determine what a robot is capable of on uneven terrain."
Source and top image: US Army Research Laboratory
Learn more at the next leading event on the topic: Sensors Europe 2020