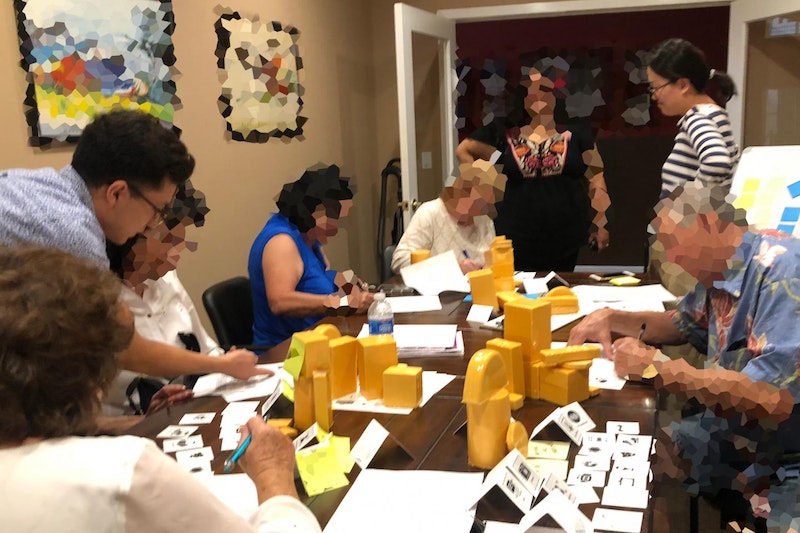 Building robots that can help people with dementia has been a longtime goal for roboticists. Yet until now, no one has sought to survey informal caregivers, such as family members, about what characteristics and roles these robots should have. For more information see the IDTechEx report on New Robotics and Drones 2018-2038.
A team of scientists at the University of California San Diego sought to address this by spending six months co-designing robots with family members, social workers, and other caregivers who care for people with dementia. Researchers found that caregivers wanted the robots to fulfill two major roles: support positive moments shared by caregivers and their loved ones; and lessen caregivers' emotional stress by taking on difficult tasks, such as answering repeated questions and restricting unhealthy food.
"Caregivers conceived of robots not only managing difficult aspects of caregiving--but also for supporting joyful and fun activities," said Laurel Riek, a professor of computer science at UC San Diego, and the paper's senior author.
Spouses or adult children provide 75 percent of the care for people with dementia. That is equivalent to 15 million people in the United States alone, providing 18 billion hours of unpaid care per year with little support and few resources. Caregivers are also likely to overlook their own health and wellbeing, which can put both parties at risk. Most technology designed to support caregivers only seeks to educate, rather than to reduce burden. Caregivers sometimes also have access to virtual support systems and connections to clinicians via smartphones or desktop computers, but again this focuses on education and not direct assistance. By contrast, homecare robots could provide caregivers the respite they sorely need. Before building the robots, it is crucial to get caregivers' input so that the robots are well designed and actually useful.
"It is imperative researchers take a community-health focused approach to understanding stakeholders' perspectives prior to building the technology," Riek said. "Especially in healthcare robotics - one should not walk in with a technology hammer."
Half of the robots designed by caregivers were primarily focused on alleviating stress from the repetitive questions people with dementia ask. Caregivers also envisioned robots that could provide reminders of a person's daily schedule and tasks. They also designed robots to help with physical therapy and manage medications. As dementia progressed, caregivers wanted robots to interact more with the person with dementia by helping with daily tasks and offering reminders. The robots that caregivers imagined acted as counselors and facilitators--and sometimes as the "bad guys" who could say "no" to the person with dementia.
The researchers are now using these initial low-tech prototypes to build high-tech prototypes that they plan to begin testing in homes over the next year.
Interviews and hands-on workshops
For the study, researchers led by Riek built relationships with three different dementia day care centers in San Diego County.
A series of interviews and hands-on workshops with caregivers were conducted by two UC San Diego cognitive science undergraduate students, Sanika Moharana and Alejandro E. Panduro, and one computer science postdoc, Hee Rin Lee. A total of 18 people participated in the research, including 13 family members who acted as caregivers for people with various types of dementia, five social workers who led the day care centers, and three geriatric nursing students who work at the centers. Based on everyone's feedback, the team identified 16 major challenges that caregivers had to deal with, from difficulty accepting dementia, to isolation, to difficulty prioritizing self-care.
In the workshops, the researchers gave caregivers a brief presentation about the types of technologies available today, including pet-like robots, cleaning robots, telepresence robots, smart speakers and wearables.
Then, with the students' help, caregivers selected key problems and collaboratively co-designed robots to tackle them. They used pre-cut foam shapes to build the robot prototypes. They also selected functions for the robots (such as playing games, reviewing photo albums, exercising, etc.) and a mode of interaction between the robot and person with dementia and caregivers (for example voice commands and touch screens). Caregivers designed their ideal robots to follow predetermined scenarios supplied by researchers and the social workers, including preventing a person with dementia from driving, getting them to bathe, or answering repetitive questions.
Robot characteristics
Based on the results of the six-month long community design process, the researchers identified a number of characteristics and design guidelines for robots to support dementia caregivers and people with dementia:
Source and top image: University of California San Diego
Learn more at the next leading event on the topic: Sensors Europe 2020