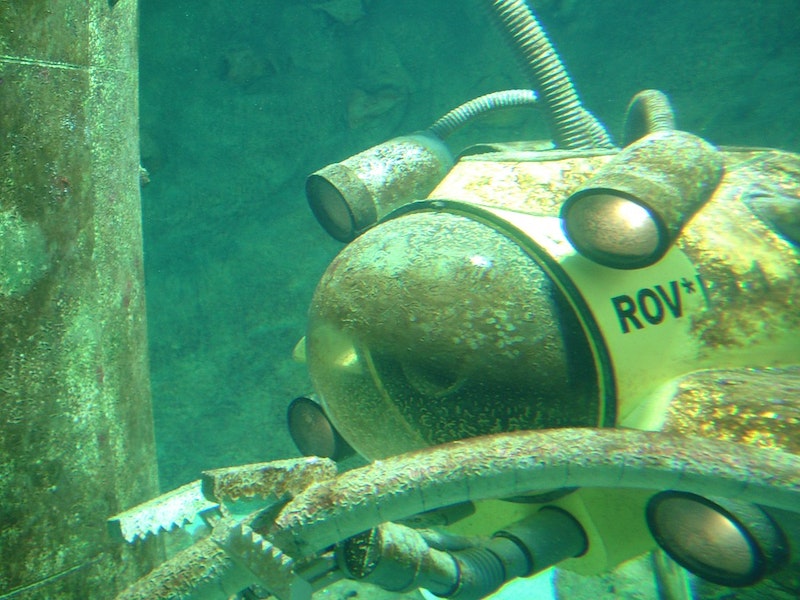 Underwater vehicles, diving robots, and detectors require their own energy supply to operate for long periods independent of ships. A new, inexpensive system for the direct electrochemical extraction of energy from seawater offers the advantage of also being able to handle short spikes in power demand, while maintaining longer term steady power. To do so, the system can autonomously switch between two modes of operation, as researchers report in the journal Angewandte Chemie. For more information see the IDTechEx report on Energy Harvesting Microwatt to Megawatt 2019-2029.
Charting submarine landforms, currents, and temperatures, and inspecting and repairing pipelines and deep-sea cables are just a few examples of tasks carried out autonomously by underwater devices in the depths of the ocean. Under these extreme conditions, the challenge for power generators is to produce both a high energy density (long run time with basic power use) and high power density (short-term high current flow) for activities such as rapid movement or action of a gripper.
Liang Tang, Hu Jiang, and Ming Hu and their team from the East China Normal University in Shanghai, Shanghai University, and the Chinese Research Academy of Environmental Sciences in Beijing, China, have taken inspiration from marine organisms that can switch their cell respiration between aerobic and anaerobic modes by using different materials as electron acceptors. The researchers have designed a new power generator that works by the same principles.
The key to the discovery is a cathode made of Prussian blue, an open framework structure with cyanide ions as "struts" and iron ions as "nodes", which can easily accept and release electrons. When combined with a metal anode, this structure can be used to generate electricity from seawater.
If the power demand is small, the electrons flowing into the cathode are transferred directly to dissolved oxygen. Because dissolved oxygen in seawater is inexhaustible, power at low current can theoretically be provided for an unlimited time. However, the concentration of dissolved oxygen is low. When the power demand, and thus current, are sharply increased, there is not enough oxygen at the cathode to immediately take up all of the incoming electrons. The Prussian blue must therefore store these electrons by reducing the oxidation state of the iron atoms from +3 to +2. To maintain a charge balance, positively charged sodium ions lodge within the framework. Because these are present in high concentration in seawater, many sodium ions--and therefore many electrons--can be absorbed in a short time. When the current demand slows down, electrons are transferred to oxygen once again, oxygen regenerates the framework, Fe(2+) is oxidized to Fe(3+), and the sodium ions depart.
This new system is very stable in corrosive seawater and can withstand numerous mode switches. It ran continuously for four days in its high-energy mode without losing power. The high-power mode was able to supply 39 light-emitting diodes and a propeller.
Source: Wiley
Top image: Pixabay