You can't squash this roach-inspired robot 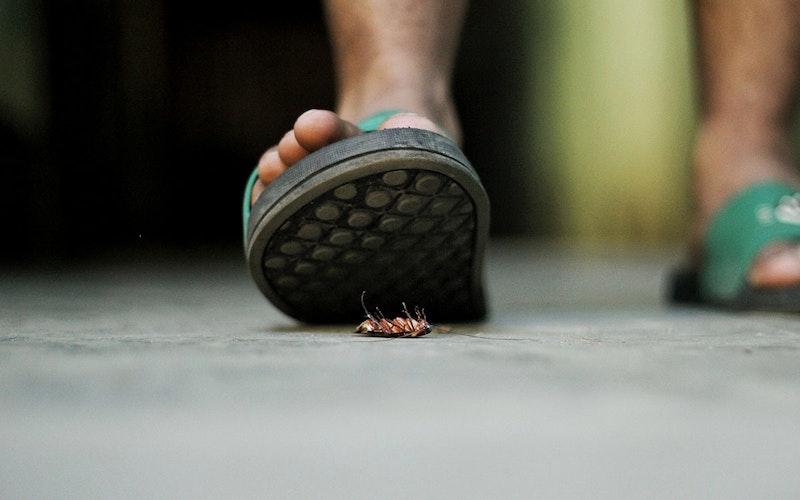 If the sight of a skittering bug makes you squirm, you may want to look away — a new insect-sized robot created by researchers at the University of California, Berkeley, can scurry across the floor at nearly the speed of a darting cockroach. For more information see the IDTechEx report on Mobile Robots and Drones in Material Handling and Logistics 2018-2038.
And it's nearly as hardy as a cockroach, too. Try to squash this robot under your foot, and more than likely, it will just keep going.
"Most of the robots at this particular small scale are very fragile. If you step on them, you pretty much destroy the robot," said Liwei Lin, a professor of mechanical engineering at UC Berkeley and senior author of a new study that describes the robot. "We found that if we put weight on our robot, it still more or less functions."
Small-scale robots like these could be advantageous in search and rescue missions, squeezing and squishing into places where dogs or humans can't fit, or where it may be too dangerous for them to go, said Yichuan Wu, first author of the paper, who completed the work as a graduate student in mechanical engineering at UC Berkeley through the Tsinghua-Berkeley Shenzhen Institute partnership.
"For example, if an earthquake happens, it's very hard for the big machines, or the big dogs, to find life underneath debris, so that's why we need a small-sized robot that is agile and robust," said Wu, who is now an assistant professor at the University of Electronic Science and Technology of China. The study appears in the journal Science Robotics.
The robot, which is about the size of a large postage stamp, is made of a thin sheet of a piezoelectric material called polyvinylidene fluoride, or PVDF. Piezoelectric materials are unique, in that applying electric voltage to them causes the materials to expand or contract. The researchers coated the PVDF in a layer of an elastic polymer, which causes the entire sheet to bend, instead of to expand or contract. They then added a front leg so that, as the material bends and straightens under an electric field, the oscillations propel the device forward in a "leapfrogging" motion.
The resulting robot may be simple to look at, but it has some remarkable abilities. It can sail along the ground at a speed of 20 body lengths per second, a rate comparable to that of a cockroach and reported to be the fastest pace among insect-scale robots. It can zip through tubes, climb small slopes and carry small loads, such as a peanut. Perhaps most impressively, the robot, which weighs less than one tenth of a gram, can withstand a weight of around 60 kg — about the weight of an average human — which is approximately 1 million times the weight of the robot.
"People may have experienced that, if you step on the cockroach, you may have to grind it up a little bit, otherwise the cockroach may still survive and run away," Lin said. "Somebody stepping on our robot is applying an extraordinarily large weight, but (the robot) still works, it still functions. So, in that particular sense, it's very similar to a cockroach."
The robot is currently "tethered" to a thin wire that carries an electric voltage that drives the oscillations. The team is experimenting with adding a battery so the robot can roam independently. They are also working to add gas sensors and are improving the design of the robot so it can be steered around obstacles.
Source: UC Berkeley
Top image: Inside Hook