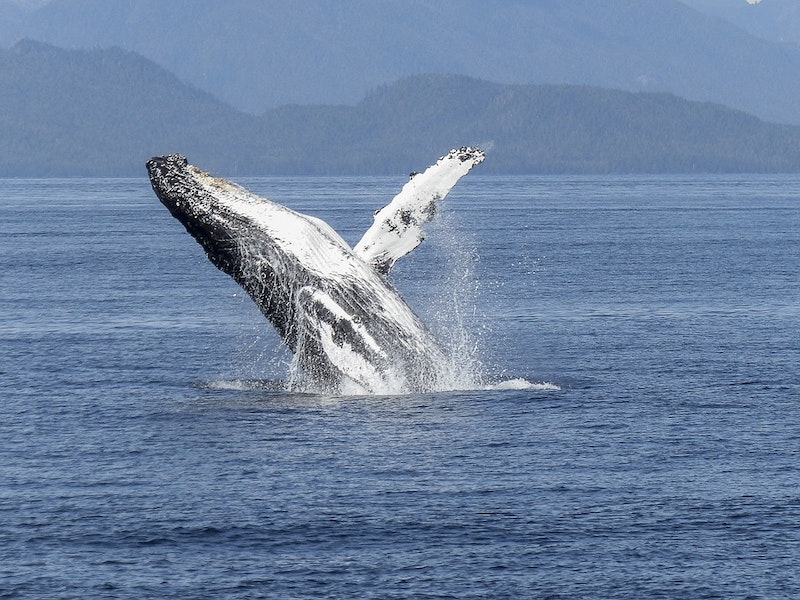 When assessing a patient's health, one of the first things a doctor does is measure the patient's vital signs. But how do you measure vital signs when your patient is a huge, endangered paikea humpback whale? New University of Canterbury (UC) research suggests drones might be the solution.
In a world-first, a team of international scientists led by UC environmental geochemist Associate Professor Travis Horton has measured the temperature, respiration rate and heart rate of a free-swimming great whale using a 'drone doctor'. For more information see the IDTechEx report on Drones 2018-2038.
"Measuring whale health remains a long-standing challenge for cetacean scientists and conservationists, but advances in drone technology, infrared imaging and data-processing have created unique opportunities to help whales survive," Associate Professor Horton says.
Every winter, humpback whales return to their tropical breeding grounds throughout Oceania to give birth and raise their newborn calves. The adults range in length from 12m to 16m and weigh around 25-30 metric tons.
"For the endangered paikea humpback whales of Polynesia - a population that was decimated by whaling through the second-half of the 20th century and the only endangered migratory humpbacks on the planet today - measuring and monitoring whale health is of paramount importance," he says.
The breakthrough happened when Associate Professor Horton's team of scientists deployed an infrared camera on a quad-copter drone in Rarotonga, Cook Islands, during the 2018 humpback whale calving season. Rather than engage with the whales by boat, the scientists stayed onshore and took pictures of the whales from above. Using non-invasive drones allowed the team to record high-resolution infrared videos of a mother whale resting at the ocean's surface over a period of three hours. The resulting infrared data enabled measurement of body temperature, breathing rate, and heart rate based on changes in skin temperature at the blowholes and major arteries present in the dorsal fin.
"The key outcome from this multi-disciplinary research is the creation of a non-invasive method for measuring marine mammal vital signs and health," Associate Professor Horton says. "In addition to helping South Pacific nations better understand endangered paikea humpback whales, the research also establishes a novel technological platform for measuring the biomedical condition of cetaceans inhabiting highly utilised marine environments, animals tangled in fishing lines, and live-stranded whales."
Research around this breakthrough has just been published in an online article: 'Doctor Drone: Non-invasive Measurement of Humpback Whale Vital Signs Using Unoccupied Aerial System Infrared Thermography' in Frontiers in Marine Science.
Source: University of Canterbury
Top image: Pixabay