Refueling Satellites in Space, With the Help of a Robot 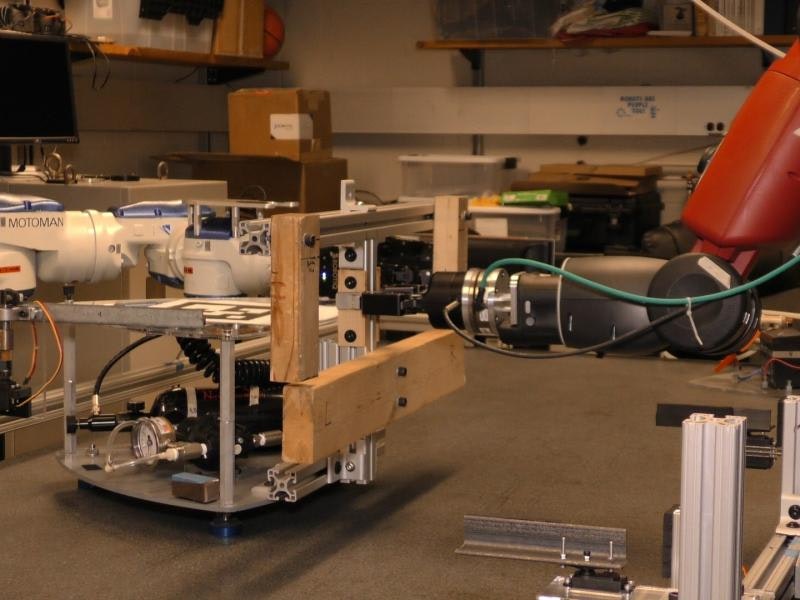 Many technologies that are essential for daily life — from communications to GPS navigation to weather forecasting — rely on the thousands of satellites that are orbiting Earth. When those satellites run out of gas and stop working, there's not much that can currently be done to fix them. For more information see the IDTechEx report on Mobile Robots and Drones in Material Handling and Logistics 2018-2038.
"When a satellite runs out of fuel, and you don't have a way to refuel it, that satellite stops working," said John Wen, professor and head of the Department of Electrical, Computer, and Systems Engineering at Rensselaer Polytechnic Institute. "When that happens, a new satellite is launched to replace the existing satellite."
It's a costly, time-consuming, and increasingly problematic reality as broken-down satellites become part of the growing population of space debris. A team of researchers at Rensselaer, led by Wen, are working with NASA on a solution: a robot that could capture a satellite in space and pull it in to dock, where it would refuel.
"Our part of the research is to specifically look at transporting a massive satellite, which is way beyond the capacity of this robot arm on Earth under gravity," Wen said.
The robotic arm is being built for NASA by Maxar Technologies to be 7 feet long and thin so that it can operate as efficiently as possible in space. It has gears and joints that will allow it to handle a large satellite. But these components also introduce flexibility, Wen said, which adds another layer of complexity.
The researchers at Rensselaer are working with NASA to develop complex algorithms that will control the arm's movement, enabling it to accurately transport and dock a satellite to a berthing station for refueling.
Wen compares the problem to the difficultly of dragging a massive bus along the ice in a hockey rink. Much like the slick ice, the lack of gravity mitigates the challenge of moving a heavy object, but it doesn't necessarily make the task of carefully controlling its movements much easier.
"There will be no human in space to intervene," Wen said. "It's all relying on the ground operator. So, we have to do extensive simulation both in software, as well as in hardware, to make sure this operation is safe."
Those simulations are being done, both computationally and physically, in the Center for Automation Technologies and Systems Lab at Rensselaer. For physical simulations, the team uses an air bearing setup (an air hockey table, essentially) where a small satellite model can float along the surface, simulating a zero gravity environment. A smaller robotic arm models the movement that will need to take place in space.
"It is really great to be working with NASA on a project where there's a chance that what we're developing is actually going to be used in space," said Kimberly Oakes, a doctoral student in electrical engineering. "That's an opportunity you don't get a lot in the research field."
Wen's team is working with the Satellite Servicing Projects Division at NASA's Goddard Space Flight Center in Greenbelt, Maryland, as they develop a suite of technologies needed to refuel a satellite in orbit. Beyond that, Wen sees other applications for this work.
"It's getting increasingly difficult to fly heavy payloads into orbit, so when we talk about a lunar mission, Mars mission, et cetera, increasingly the assembly will have to be done in space," Wen said. "The robotic technology we're working on now will be the foundation of such work in the future."
Source and top image: Rensselaer Polytechnic Institute
Learn more at the next leading event on the topic: Sensors Europe 2020