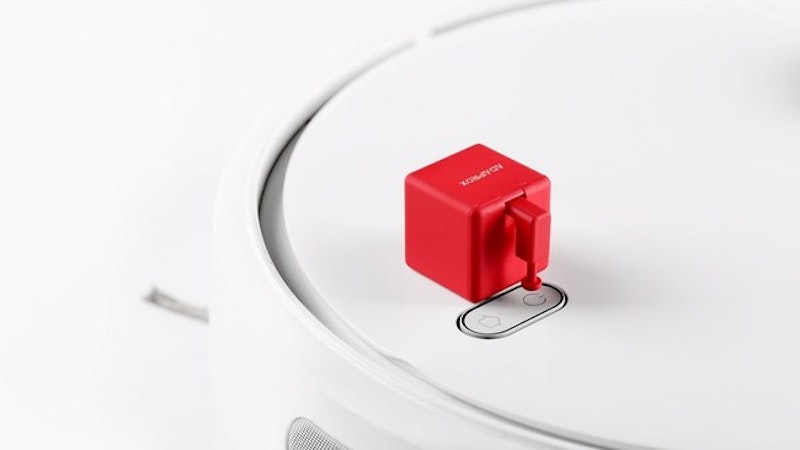 Adaprox, a group of smart home automation experts, recently announced the launch of Fingerbot, which can remotely and mechanically control all the buttons, switches, and toggles anywhere in a home through voice and app. Fingerbot provides a quick, simple and affordable way to retrofit existing devices into IoT devices. For more information see the IDTechEx report on New Robotics and Drones 2018-2038: Technologies, Forecasts, Players.
Fingerbot makes all traditional devices remote controlled in an innovative way. This tiny lightweight remote-actuated robot attaches to different devices using 3M tape for remote, mechanical control. Instead of replacing devices around the home for automation, Fingerbot takes a new adaptive approach that makes any device smarter. It can be used for anything from turning on lights to making coffee or controlling heating and cooling. It installs in seconds, works over low-power Bluetooth and has an internal rechargeable battery that lasts up to six months. For maximum adaptability, Fingerbot's robot arm can be replaced with specialized control arms that allow it to perform virtually any switching task.
"Fingerbot was created out of a desire to help people add the convenience and control of smart home automation to the devices and appliances they already have. We realized that most tasks just require a simple switch control and if we could develop digital integration and the ability to fully customize its programming, it could be applied to virtually any task. Fingerbot is an inexpensive and sustainable way towards home automation and robotic task control using simple app and voice commands," said James Yao, CEO, Adaprox.
The real genius of Fingerbot is the free Adaprox App, which makes setting up command and control simple for a single Fingerbot or an army of them situated around a home or office. Each Fingerbot is labeled and set to perform a task by timer or scheduler. Adaprox App can also integrate with the user's smartphone voice assistants, such as Siri and Google Assistant, for voice control.
Fingerbot can be even more useful when used with the optional Adaprox Bridge Gateway, which brings Fingerbot online, allowing control from anywhere at any time, even when away from the home. Using Adaprox Bridge allows broader applications of this powerful tool, especially combined with fully customized control using IFTTT integration programmed with pre-set routines and conditional tasks. Further programming and customization are made possible using the available Adaprox SDK for those with coding skills.
Fingerbot finally gives users a simple way to add the convenience of smart home automation without the high costs.
Source and top image: Adaprox