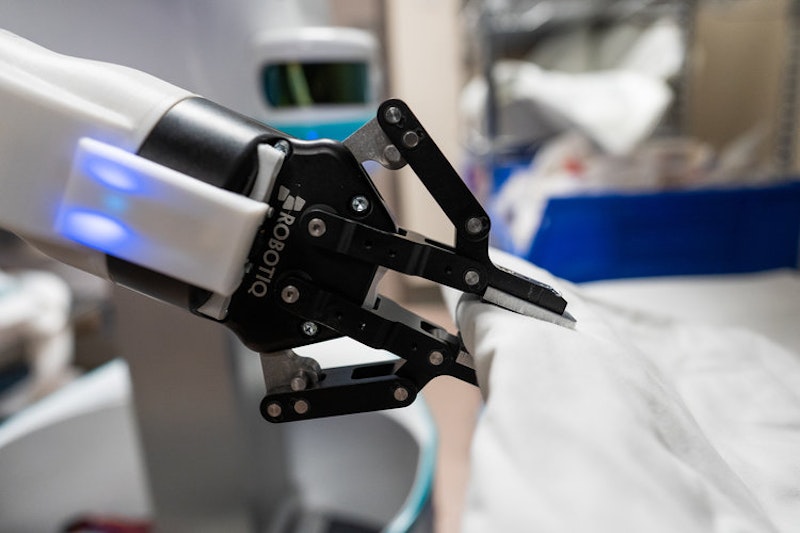 Robots are becoming an increasingly important part of human care, according to researchers based in Japan. To help improve the safety and efficacy of robotic care, the scientists have developed a control method that could help robots better replicate human movement when lifting and moving a patient. They published their results in IEEE/CAA Journal of Automatica Sinica. For more information see the IDTechEx report on New Robotics and Drones 2018-2038: Technologies, Forecasts, Players.
"In recent years, shortage of caregivers has become a serious social problem as the result of a falling birth rate and an aging population," said Changan Jiang, paper author and assistant professor of mechanical engineering at Ritsumeikan University.
Nursing care robots are already in use in several care facilities, but come with limitations. For example, robots responsible for lifting a patient from a bed to a chair must be heavily supervised by a human care provider. The control method the robot uses to lift and hold a person must also contend with the issue of friction. The weight of a human could cause the robot's arms to stall out in mid-movement.
In Jiang's paper, the researchers report the development of a method to control the movement of a nursing care robot's arm to make a safe and comfortable posture without having to compensate for the friction between care-receivers and the robot's arms in a computer simulation.
"In a real-world application, the friction cannot be ignored, and it will affect the arms' performance of holding and the lifting-up motion," Jiang said. "In our research, instead of compensating the friction, we utilize static friction reasonably during holding and lifting up of an object. This is the most important idea of our research."
Static friction keeps an object at rest. For example, a truck climbing a steep ramp must have enough force to propel itself upwards, otherwise static friction between the truck and the road will grind the movement to a halt and keep the truck still. With nursing care robots, the researchers made the static friction work for them by applying it to a two-link object--the robot's equivalent of a human arm. By assuming the arm is working from a state of static friction, with the care-receiver's body acting as the thing that keeps the arms from moving, the researchers programmed the arm to keep the body at rest. As such, the care receiver has a safe and comfortable experience, and the robot's arm doesn't need to work to compensate whatever friction is introduced.
Next, the researchers plan to add a third link to the control method, which will represent a torso.
"We plan to extend the two-link object to a three-link one, which is more similar to a human's body and to design a new control method to realize a safe and comfortable holding and lifting-up motion," Jiang said.
Source: Chinese Association of Automation
Top image: Diligent Robotics
Learn more at the next leading event on the topic: Sensors Europe 2020