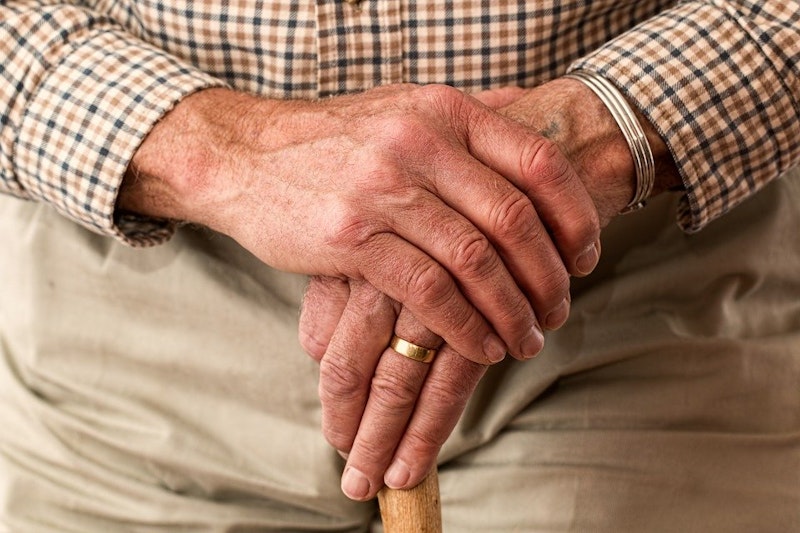 Robots hold promise for a large number of people with neurological movement disorders severely affecting the quality of their lives. Now researchers have tapped artificial intelligence techniques to build an algorithmic model that will make the robots more accurate, faster, and safer when battling hand tremors.
Their model, which is ready for others to deploy, appears this month in Scientific Reports, an online journal of Nature. The international team reports the most robust techniques to date to characterize pathological hand tremors symptomatic of the common and debilitating motor problems affecting a large number of aging adults. One million people throughout the world have been diagnosed with Parkinson's disease, just one of the neurodegenerative diseases that can cause hand tremors.
While technology such as sophisticated wearable exoskeleton suits and neurorehabilitative robots could help people offset some involuntary movements, these robotic assistants need to precisely predict involuntary movements in real-time - a lag of merely 10 or 20 milliseconds can thwart effective compensation by the machine and in some cases may even jeopardize safety. For further information see the IDTechEx report on New Robotics and Drones 2018-2038: Technologies, Forecasts, Players.
Enter the big dataset collected at the London (Ontario) Movement Disorders Centre and the team's pioneering machine learning model, which they named PHTNet, for "Pathological Hand Tremors using Recurrent Neural Networks". Using small sensors, they analyzed the hand motions of 81 patients in their 60s and 70s, then applied a novel data-driven deep neural network modeling technique to extract predictive information applicable to all patients.
Their paper details the artificial intelligence model and training, and reports a 95% confidence rate over 24,300 samples.
"Our model is already at the ready-to-use stage, available to neurologists, researchers, and assistive technology developers," said co-author S. Farokh Atashzar, who is now an NYU Tandon assistant professor and who began exploring the use of robots coupled with artificial intelligence while conducting doctoral and post-doctoral research in Canada. "It requires substantial computational power, so we plan to develop a low-power, cloud-computing approach that will allow wearable robots and exoskeletons to operate in patients' homes. We also hope to develop models that require less computational power and add other biological factors to the inputs."
Source: NYU Tandon School of Engineering
Top image: Pixabay