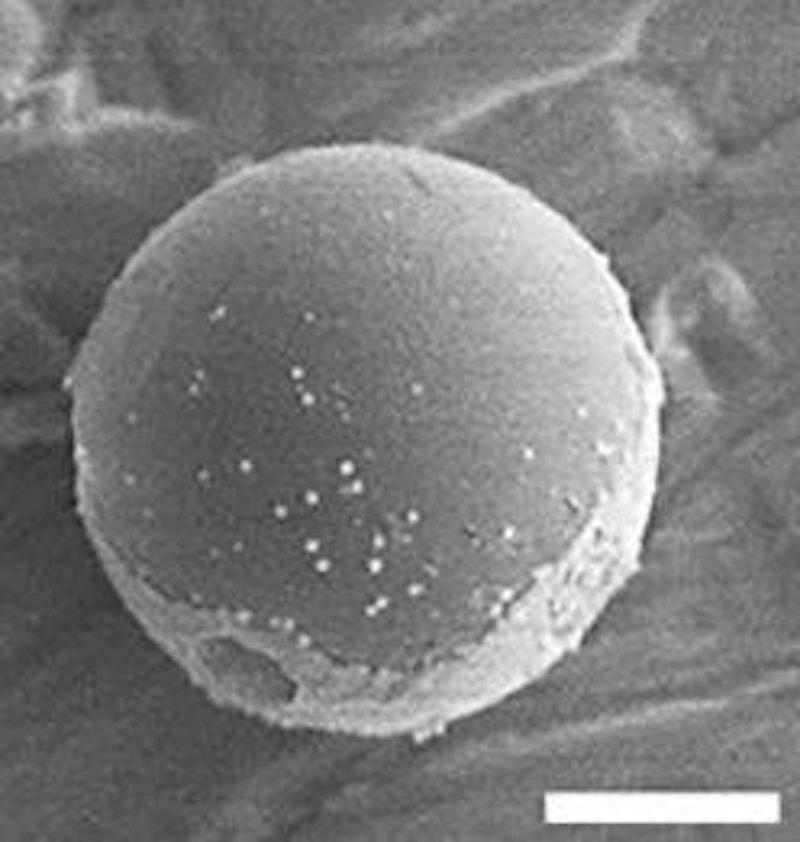 Someday, microscopic robots could perform useful functions, such as diagnostic testing in lab-on-a-chip sensors, micropatterning surfaces or repairing equipment in tight spaces. But first, scientists need to be able to tightly control the microbots' speed. Now, researchers reporting in ACS' Chemistry of Materials have developed micromotors with three "engines" that they can control separately with chemical fuel, magnets and light.
Micromotors are tiny tools that convert stimuli, such as chemical fuel, light, magnetic fields or sound, into motion to perform tasks. Previously, researchers have demonstrated micromotors powered by one or two of these stimuli. For example, micromotors containing platinum nanoparticle engines can be powered by adding a small amount of hydrogen peroxide to a solution. The engine's catalyst converts the hydrogen peroxide fuel into bubbles, which propel the micromotor through the liquid. Beatriz Jurado Sánchez, Alberto Escarpa and colleagues wanted to build a "supercharged" micromotor with three engines that run on different types of fuel. For more information see the IDTechEx report on Mobile Robots, Autonomous Vehicles, and Drones in Logistics, Warehousing, and Delivery 2020-2040.
To make their micromotors, the team coated polystyrene microspheres with layers of gold and 2D nanomaterials. Then, they attached three different nanoparticles that functioned as engines and that made the micromotors responsive to hydrogen peroxide, magnets and light. When the researchers exposed the micromotors to all three stimuli simultaneously, the speed increased by as much as 73% over that attained with micromotors containing only two engines. The supercharged micromotors could travel at relatively high speeds even through viscous fluids, including saliva, blood and milk. By varying factors, such as the hydrogen peroxide concentration, the type of catalyst used and the light intensity, the new micromotors offer a "myriad of controllable propulsion behaviors," the researcher say.
Source and top image: American Chemical Society
Learn more at the next leading event on the topic: Healthcare Sensor Innovations USA 2020