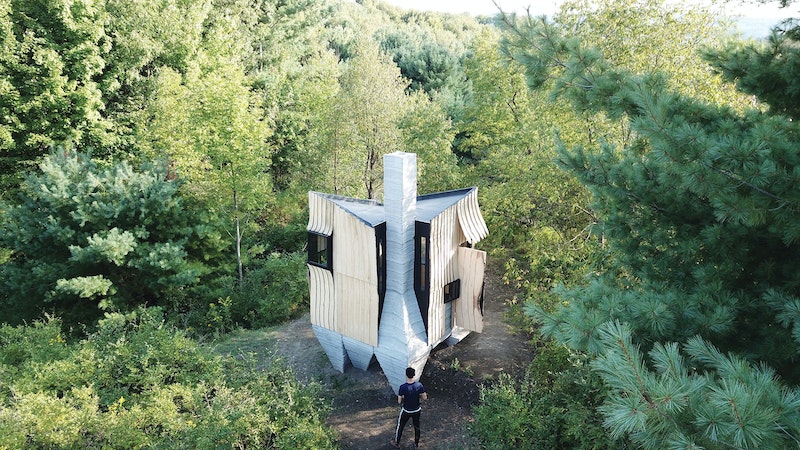 By implementing high precision 3D scanning and robotic based fabrication technology, architectural firm HANNAH transforms Emerald-Ash-Borer-infested "waste wood" into an abundantly available, affordable, and sustainable building material. HANNAH is a small architectural practice headed by Leslie Lok and Sasa Zivkovic, assistant professors of architecture at Cornell University (Zivkovic also heads the school's Robotic Construction Laboratory, or RCL). For further information see the IDTechEx report on 3D Printing 2019-2029: Technology and Market Analysis.
Named Ashen Cabin, the simple one roomed house makes use of digital design and fabrication technologies and new material methods in construction. The cabin's base was built using a 3D concrete printer. The cabin was 3D printed at the Cornell Robotic Construction Laboratory using a self-built and open-source large-scale printer. "We know that concrete is responsible for 8 (percent) of total CO2 emissions," said Lok in a statement. "By using 3D printing, we eliminate the use of wasteful formwork and can deposit concrete smartly and only where structurally necessary, reducing its use considerably while also maintaining a building's integrity."
The team repurposed a six-axis robot arm to saw wood for the facade. The RCL team took 3D scans of irregularly-shaped Ash trees that had been killed by invasive Emerald Ash Borer beetles, and used the arm to slice their logs into pre-shaped planks that fit together and enclose the cabin like puzzle pieces. Typically, this type of wood would be wasted, as the non-standardized shapes render them useless for other construction purposes. The facade was then supplemented with more traditional window boxes, and the Ash facade backed by foam insulation. 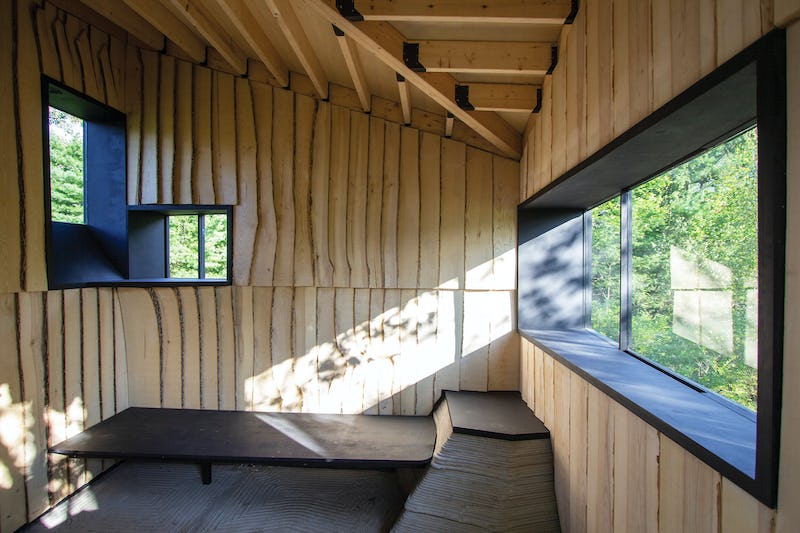 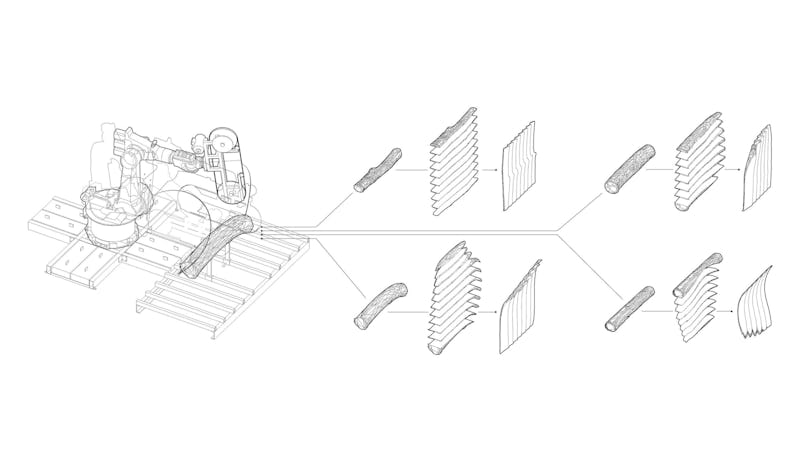