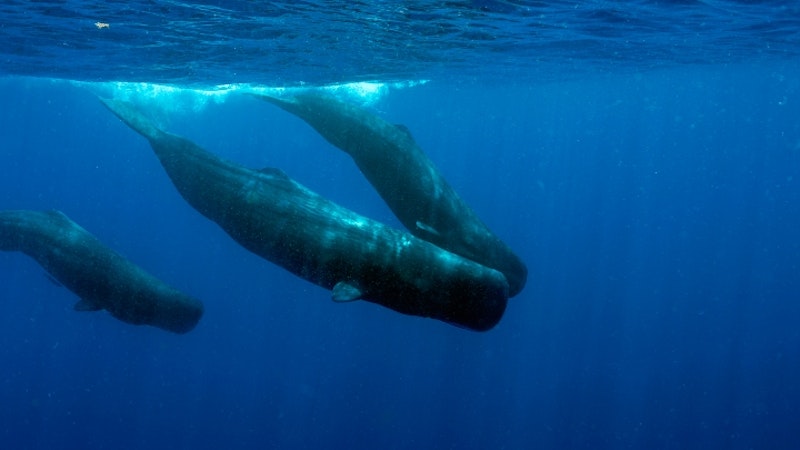 Not all humans are morning people. Neither, according to a new study, are all sperm whales - at least when it comes to foraging for food.
The research, led by the University of East Anglia (UEA), has revealed the daily habits of the endangered Mediterranean sperm whale. Unmanned underwater gliders equipped with acoustic monitors recorded the sperm whale sounds, or 'clicks', over several months and 1000s of kilometres of ocean. For more information see the IDTechEx report on Mobile Robots, Autonomous Vehicles, and Drones in Logistics, Warehousing, and Delivery 2020-2040.
Sperm whales are highly vocal, producing distinct types of clicks for both echolocation and social interaction purposes. The study, published today in Endangered Species Research, focused on the extremely powerful and highly directional 'usual clicks' produced while foraging.
The recordings confirmed the whales' widespread presence in the north-western Mediterranean Sea and identified a possible hotspot for sperm whale habitat in the Gulf of Lion, where a higher rate of clicks was found. This could indicate a higher number of whales, but could also be for behavioural reasons.
In addition, continuous day and night monitoring during winter months suggests different foraging strategies between different areas. In the Ligurian Sea, mobile and scattered individual whales forage at all times of day. In the Sea of Sardinia usual clicks were also detected at all times of the day. However, in the Gulf of Lion larger groups target intense oceanographic features in the open ocean, such as fronts and mixing events - for example when winter storms mix the surface layer with deeper waters, bringing nutrients to the surface - with acoustic activity showing a clear 24-hour pattern and decreased foraging effort at dawn.
This activity pattern may be related to local prey availability, which is influenced by many different factors, including oceanographic conditions and prey behaviour. For example, several species of squid, a major prey for sperm whales, move closer to the surface at night and stay deeper during the day. The sperm whale click patterns observed in this study provide a clue regarding sperm whale diet in this area and may uncover what makes the area attractive to them. 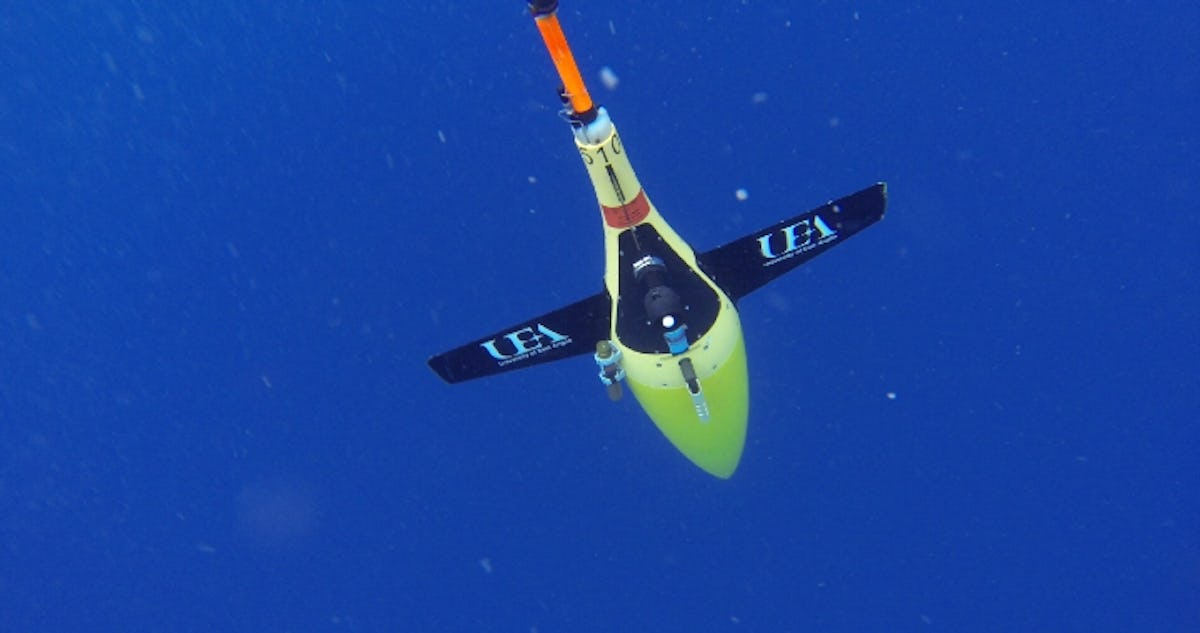 There are fewer than 2500 mature individual Mediterranean sperm whales and threats to them include being caught as bycatch in fishing nets and, as recently the case off the Italian coast, entanglement in illegal fishing gear. Other dangers are ship strike and ingestion of marine debris, to disturbance by human-made noise and whale watching activities.
The study involved researchers from UEA and the Centre for Environment, Fisheries & Aquaculture Science (CEFAS), the Scottish Association for Marine Science (SAMS), University of Gothenburg and Sorbonne University. Lead author Pierre Cauchy, a postgraduate researcher at UEA's Centre for Ocean and Atmospheric Sciences (COAS) and CEFAS, said their findings would help conservation efforts: "Information on the ecology of the Mediterranean sperm whale subpopulation remains sparse and does not meet the needs of conservation managers and policy makers.
"Increasing observation efforts, particularly in winter months, will help us better understand habitat use, and identify key seasonal habitats to allow appropriate management of shipping and fishing activities." He added: "The clear daily pattern identified in our results appear to suggest that the sperm whales are adapting their foraging strategy to local prey behaviour. The findings also indicate a geographical pattern to their daily behaviour in the winter season."
The whales spend a substantial amount of their time foraging - when in a foraging cycle, they produce usual clicks 60 per cent of the time. As such, they provide a reliable indicator of sperm whale presence and foraging activity, and their specific features allow them to be identified and detected up to a distance of four to 20 km.
The study involved analysing sounds recorded by passive acoustic monitoring (PAM) sensors, previously successfully used for weather observation, on gliders deployed by the team to collect oceanographic data during winter 2012-2013 and June 2014, covering 3200 km.
Prof Karen Heywood, also of COAS, said the study demonstrated the possibilities of using existing glider missions to monitor the Mediterranean sperm whale over the winter months, for which there is a lack of crucial data for conservation. "Our ability to successfully observe sperm whale distribution in different geographic areas of the north-western Mediterranean Sea, across the slopes and the open ocean, highlighted the complexity of sperm whale behaviour, foraging strategy and habitat use," she said. "This study shows that the addition of PAM sensors to existing oceanographic glider missions offers the opportunity for sustained long-term observation, which would significantly improve sperm whale population monitoring and behaviour description, as well as identification of key habitat and potentially harmful interaction with human activities."
Co-author Dr Denise Risch, a marine mammal ecologist at SAMS, added: "We need to understand the Mediterranean sperm whale population better in order to work towards their conservation by eliminating threats. This is also true for other marine mammal species globally, and gliders allow us to go into new areas, which we wouldn't have any observations from otherwise, and also at times of year when we are not usually monitoring."
Source and top image: University of East Anglia