Microbots to Kill and Clean Biofilms 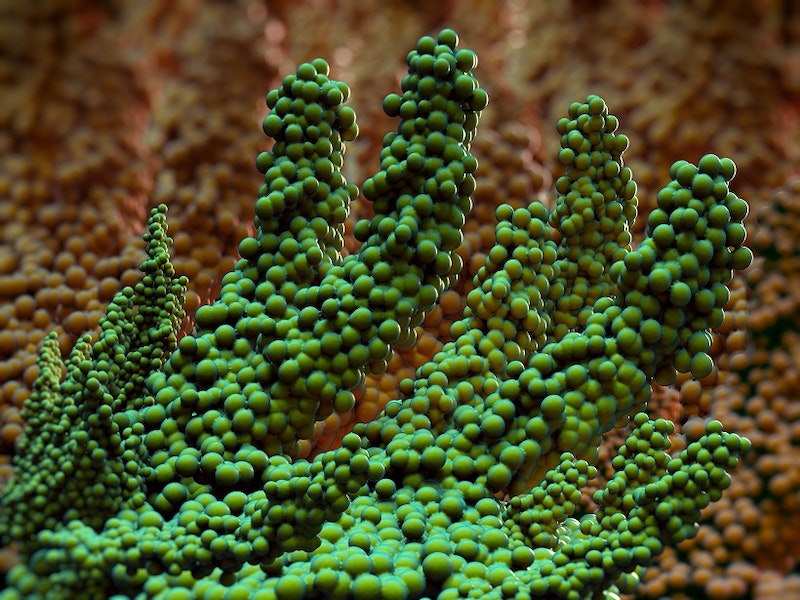 Biofilms -- microbial communities that form slimy layers on surfaces -- are difficult to treat and remove, often because the microbes release molecules that block the entry of antibiotics and other therapies. Now, researchers reporting in ACS Applied Materials & Interfaces have made magnetically propelled microbots derived from tea buds, which they call "T-Budbots," that can dislodge biofilms, release an antibiotic to kill bacteria, and clean away the debris.
Many hospital-acquired infections involve bacterial biofilms that form on catheters, joint prostheses, pacemakers and other implanted devices. These microbial communities, which are often resistant to antibiotics, can slow healing and cause serious medical complications. Current treatment includes repeated high doses of antibiotics, which can have side effects, or in some cases, surgical replacement of the infected device, which is painful and costly. Dipankar Bandyopadhyay and colleagues wanted to develop biocompatible microbots that could be controlled with magnets to destroy biofilms and then scrub away the mess. The team chose Camellia sinensis tea buds as the raw material for their microbots because the buds are porous, non-toxic, inexpensive and biodegradable. Tea buds also contain polyphenols, which have antimicrobial properties.
The researchers ground some tea buds and isolated porous microparticles. Then, they coated the microparticles' surfaces with magnetite nanoparticles so that they could be controlled by a magnet. Finally, the antibiotic ciprofloxacin was embedded within the porous structures. The researchers showed that the Budbots released the antibiotic primarily under acidic conditions, which occur in bacterial infections. The team then added the T-Budbots to bacterial biofilms in dishes and magnetically steered them. The microbots penetrated the biofilm, killed the bacteria and cleaned the debris away, leaving a clear path in their wake. Degraded remnants of the biofilm adhered to the microbots' surfaces. The researchers note that this was a proof-of-concept study, and further optimization is needed before the T-Budbots could be deployed to destroy biofilms in the human body. For further information see the IDTechEx report on Mobile Robots, Autonomous Vehicles, and Drones in Logistics, Warehousing, and Delivery 2020-2040.
Source and top image: American Chemical Society