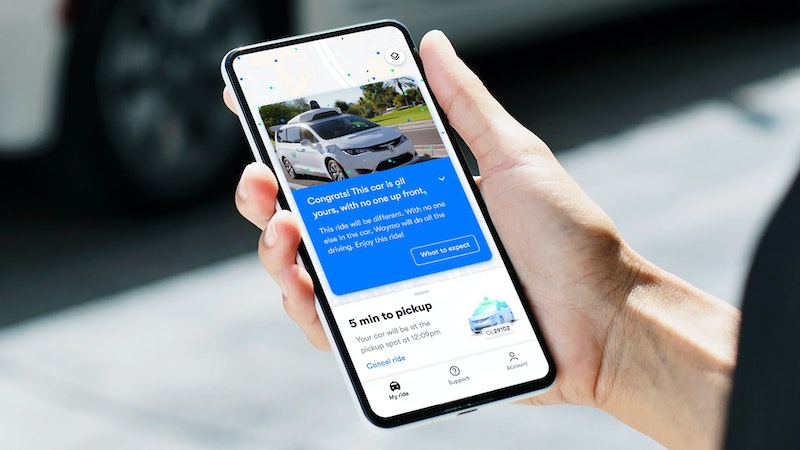 Five years ago this month, Steve Mahan, the retired director of the Santa Clara Valley Blind Center, who lost his sight years before, took the world's first ride in a self-driving car on public roads. This little car, called Firefly, had a top speed of just 25 mph, and used a combination of lidar, radar, cameras, and massive on-board computing power to navigate the busy streets of Austin, Texas.
Since that first ride Waymo has been hard at work to bring the Waymo Driver to more and more people. In 2017, Waymo began the early rider program in the Metro Phoenix area with the next generation of our technology, using the full-size hybrid Chrysler Pacifica. This 4th-generation Waymo Driver was significantly more sophisticated than Firefly's technology, and for the last year, has pioneered fully driverless, paid rides on high-speed roads across a service area larger than the city of San Francisco. For further information see the IDTechEx report on Autonomous Cars and Robotaxis 2020-2040: Players, Technologies and Market Forecast.
Over time, with the improved the capability of Waymo Driver, the company increased the scope and quantity of their operations, with 5-10% of rides in 2020 being fully driverless for an exclusive group of early riders under NDA. Key learnings have been gathered rom these riders on how to optimize the driverless service experience and continuously improve it. Waymo also began to offer more people access to the public Waymo One service, with a vehicle operator monitoring the ride.
Beginning early October Waymo has opened up a fully driverless offering to Waymo One riders. Members of the public service can now take friends and family along on their rides and share their experience with the world. In the near term, 100% of Waymo's rides will be fully driverless. Later this year, after adding in-vehicle barriers between the front row and the rear passenger cabin for in-vehicle hygiene and safety, Waymo will also be re-introducing rides with a trained vehicle operator, which will add capacity and allow service of a larger geographical area.
Source and top image: Waymo