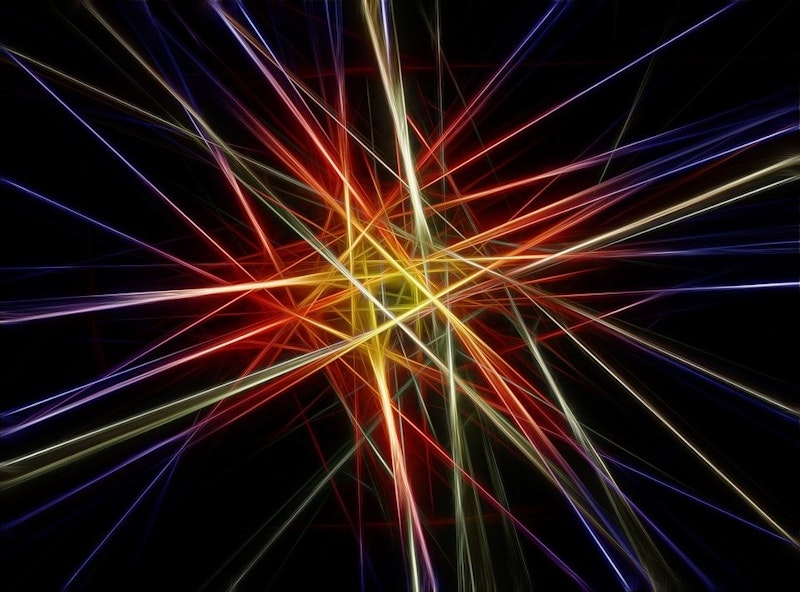 Robots are widely used to build cars, paint airplanes and sew clothing in factories, but the assembly of microscopic components, such as those for biomedical applications, has not yet been automated. Lasers could be the solution. Now, researchers reporting in ACS Applied Materials & Interfaces have used lasers to create miniature robots from bubbles that lift, drop and manipulate small pieces into interconnected structures.
As manufacturing has miniaturized, objects are now being constructed that are only a few hundred micrometers long, or about the thickness of a sheet of paper. But it is hard to position such small pieces by hand. In previous studies, scientists created microscopic bubbles using light or sound to assemble 2D items. Also, in a recent experiment, microbubbles produced by lasers, focused and powerful beams of light, could rotate shapes in 3D space. Although these bubble microrobots could manipulate 2D and 3D objects, they could not connect independent components and then move them as a singular entity. So, Niandong Jiao, Lianquing Liu and colleagues wanted to build on their previous work with lasers to develop bubble microbots that can form inseparable shapes and control their movement. For further information see the IDTechEx report on Mobile Robots, Autonomous Vehicles, and Drones in Logistics, Warehousing, and Delivery 2020-2040.
The researchers created microbubbles in water by focusing a laser underneath a small part made of resin. The bubble's size was controlled by rapidly switching the laser on and off, with a higher amount of time in the "on position" resulting in larger bubbles. Then, the team made a mobile bubble robot by shifting the laser's location. Once the laser turned off, the bubbles dissolved slowly, dropping the resin in place. The team then combined multiple bubbles with different functions to produce microrobots that could lift and drop parts, move single pieces to designated positions, act as a rotational axis or push assembled objects. Unbreakable connections were made with various joints, producing three- and four-pronged gears, a snake-shaped chain and a miniature 3D vehicle. The bubble microrobots have implications for the future of manufacturing, including biological tissue engineering, the researchers say.
Source: American Chemical Society
Top image: Pixabay