Soft Robots use Camera and Shadows to Sense Human Touch 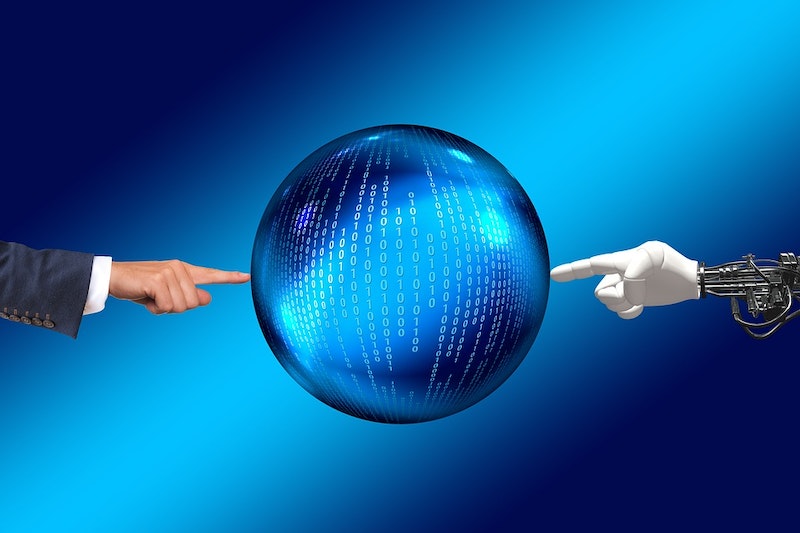 Soft robots may not be in touch with human feelings, but they are getting better at feeling human touch.
Cornell researchers have created a low-cost method for soft, deformable robots to detect a range of physical interactions, from pats to punches to hugs, without relying on touch at all. Instead, a USB camera located inside the robot captures the shadow movements of hand gestures on the robot's skin and classifies them with machine-learning software. The new ShadowSense technology is the latest project from the Human-Robot Collaboration and Companionship Lab, led by the paper's senior author, Guy Hoffman, associate professor and the Mills Family Faculty Fellow in the Sibley School of Mechanical and Aerospace Engineering. For further information see the IDTechEx report on Mobile Robots, Autonomous Vehicles, and Drones in Logistics, Warehousing, and Delivery 2020-2040.
"Touch is such an important mode of communication for most organisms, but it has been virtually absent from human-robot interaction. One of the reasons is that full-body touch used to require a massive number of sensors, and was therefore not practical to implement," Hoffman said. "This research offers a low-cost alternative."
The technology originated as part of a collaboration with Hadas Kress-Gazit, professor in the Sibley School of Mechanical and Aerospace Engineering, and Kirstin Petersen, assistant professor of electrical and computer engineering, to develop inflatable robots that could guide people to safety during emergency evacuations. Such a robot would need to be able to communicate with humans in extreme conditions and environments. Imagine a robot physically leading someone down a noisy, smoke-filled corridor by detecting the pressure of the person's hand.
Rather than installing a large number of contact sensors - which would add weight and complex wiring to the robot, and would be difficult to embed in a deforming skin - the team took a counterintuitive approach. In order to gauge touch, they looked to sight.
"By placing a camera inside the robot, we can infer how the person is touching it and what the person's intent is just by looking at the shadow images," Hu said. "We think there is interesting potential there, because there are lots of social robots that are not able to detect touch gestures."
The prototype robot consists of a soft inflatable bladder of nylon skin stretched around a cylindrical skeleton, roughly four feet in height, that is mounted on a mobile base. Under the robot's skin is a USB camera, which connects to a laptop. The researchers developed a neural-network-based algorithm that uses previously recorded training data to distinguish between six touch gestures - touching with a palm, punching, touching with two hands, hugging, pointing and not touching at all - with an accuracy of 87.5 to 96%, depending on the lighting.
The robot can be programmed to respond to certain touches and gestures, such as rolling away or issuing a message through a loudspeaker. And the robot's skin has the potential to be turned into an interactive screen. By collecting enough data, a robot could be trained to recognize an even wider vocabulary of interactions, custom-tailored to fit the robot's task, Hu said. The robot doesn't even have to be a robot. ShadowSense technology can be incorporated into other materials, such as balloons, turning them into touch-sensitive devices.
"While the technology has certain limitations, for example requiring a line of sight from the camera to the robot's skin, these constraints could actually spark a new approach to social robot design that would support a visual touch sensor like the one we proposed," Hoffman said. "In the future, we would like to experiment with using optical devices such as lenses and mirrors to enable additional form factors."
In addition to providing a simple solution to a complicated technical challenge, and making robots more user-friendly to boot, ShadowSense offers a comfort that is increasingly rare in these high-tech times: privacy.
"If the robot can only see you in the form of your shadow, it can detect what you're doing without taking high fidelity images of your appearance," Hu said. "That gives you a physical filter and protection, and provides psychological comfort."
The ability to physically interact and understand a person's movements and moods could ultimately be just as important to the person as it is to the robot.
"Touch interaction is a very important channel in terms of human-human interaction. It is an intimate modality of communication," Hu said. "And that's not easily replaceable."
Source: Cornell University
Top image: Pixabay