Can A Robot Operate Effectively Underwater? 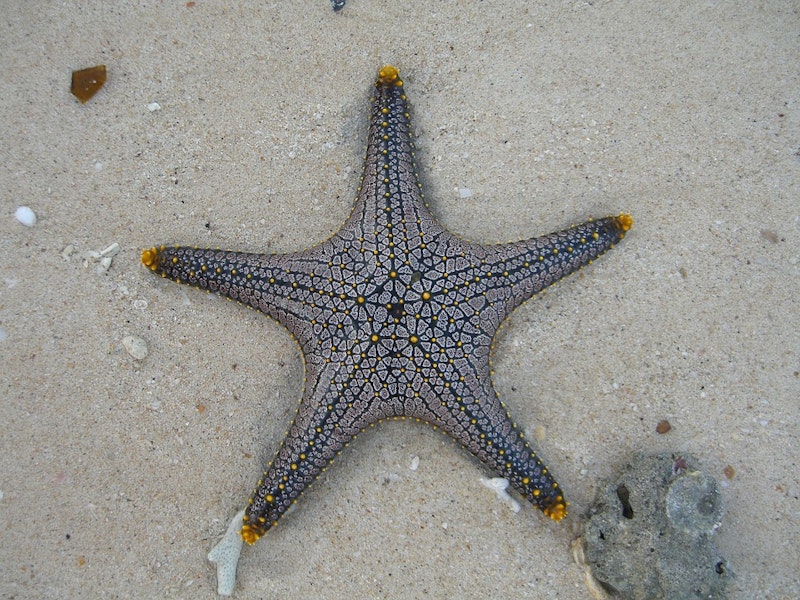 The ocean is teeming with different ecosystems and organisms varying in complexity from an erudite octopus to a sea star. Unexpectedly, it is the sea star, a simple organism characterized by a decentralized nervous system, that offers insights into advanced adaptation to hydrodynamic forces—the forces created by water flow.
Researchers from the USC Viterbi School of Engineering found that sea star body shapes enable them to effectively stay attached to surfaces under extreme hydrodynamic loads. The researchers, including the Henry Salvatori Early Career Chair in Aerospace and Mechanical Engineering Mitul Luhar and doctoral student Mark Hermes, found sea stars create a "downforce" due to their shape. This means that instead of being lifted by the flow forces, the sea stars are pushed downward toward the surface they are on. The research was published in Scientific Reports. For further information see the IDTechEx report on Mobile Robots, Autonomous Vehicles, and Drones in Logistics, Warehousing, and Delivery 2020-2040.
Sea stars are incredibly adaptive, said Luhar, assistant professor in the USC Viterbi Department of Aerospace and Mechanical Engineering. "When exposed to high wave activity and water forces, sea stars grow skinnier and take on a lower profile. When sea stars are transported to a sheltered environment with lower hydrodynamic forces, their cross sections get bigger."
Understanding such shape shifting could help design underwater robots that can similarly adapt to extreme hydrodynamic environments, Luhar said.
Interaction between Shape and Force
The researchers tested this understanding of sea star shape and its impact on force in the water with both computational and 3-D printed models. "Right away what we noticed," Luhar said, "is that instead of the sea stars being pulled away from the surfaces they were on, they were being pushed down—simply because of their shape."
Luhar said the researchers saw this downforce effect as key to how the sea star—and in the future, an underwater robot—could stay attached to a sea bed or a rock as opposed to being lifted up away from it, even in the most extreme conditions.
The researchers tested other shapes, as well. With a cone or a dome, Luhar said, the water flows up and then down, following the contours of the shape reasonably well (See figure above). With the flow ultimately moving downward, an equal and opposite force is created, resulting in an overall lifting effect. With the sea star shape—which is similar to a triangular wedge—the water flows upward, with the angles on each side acting like a ramp that pushes water away from its surface.
"As the sea star pushes the flow away, the flow creates an equal and opposite force that pushes down on the sea star," Luhar said. "A cone or sphere does not create that same 'ramp effect,' and thus does not create a similar downforce."
To get the full three-dimensional understanding of what the force fields look like, Luhar said they use the computational models to further illuminate what they witnessed with the 3-D printed shapes. Of the shapes they considered, Luhar said the spherical dome performed the worst in terms of lift versus downforce, meaning, it performed poorest in staying attached to the bottom surface or ground.
Soft Robotics
The next step is studying a soft structure than can morph in real time, Luhar said. Hermes is working on developing this structure currently. Key to its design is allowing it to be responsive in the water channel, Luhar said, thus giving it the ability to adapt its shape as needed to stay adherent to a rock or sea bed, or alternately, to allow it to lift up with the water flow.
"Let's say the water changes speed," Luhar said. "We can determine what shape would be best and the robot could shift its form accordingly." Ultimately, Luhar said, the idea is to understand how to develop a robot that will work with the flow, instead of fighting through it. "If we can take advantage of the surrounding environment instead of battling it, we can generate efficiency and performance gains," Luhar said.
Source: USC Viterbi School of Engineering
Top image: Pixabay