Remote Healthcare Robots for the Future 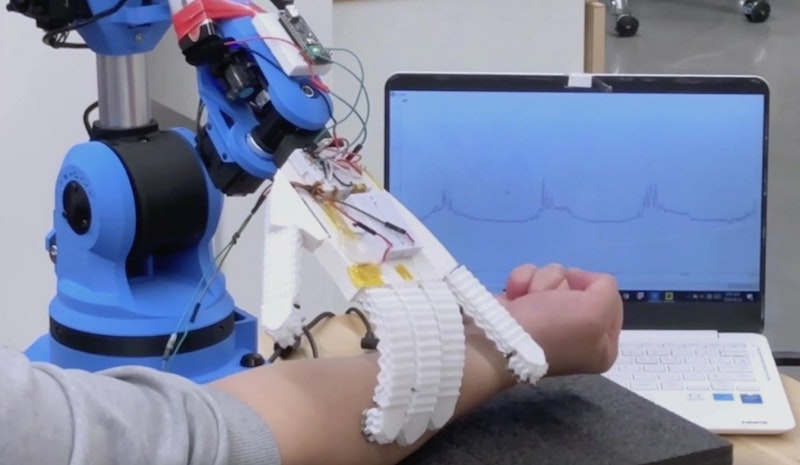 Robots that could take on basic healthcare tasks to support the work of doctors and nurses may be the way of the future. Who knows, maybe a medical robot can prescribe your medicine someday? That's the idea behind 3D structural-sensing robots being developed and tested at Simon Fraser University by Woo Soo Kim, associate professor in the School of Mechatronic Systems Engineering.
"The recent pandemic demonstrates the need to minimize human-to-human interaction between healthcare workers and patients," says Kim, who authored two recent papers on the subject - a perspective on the technology and a demonstration of a robots' usefulness in healthcare. "There's an opportunity for sensing robots to measure essential healthcare information on behalf of care providers in the future." For further information see the IDTechEx report on Mobile Robots, Autonomous Vehicles, and Drones in Logistics, Warehousing, and Delivery 2020-2040.
Kim's research team programmed two robots, a humanoid figure and a robotic arm, to measure human physiological signals, working from Kim's Additive Manufacturing Lab located in SFU Surrey's new engineering building. The robotic arm, created using Kim's 3D printed origami structures, contains biomedical electrodes on the tip of each finger. When the hand touches a person, it detects physiological signals, including those from an electrocardiogram (which monitors heartbeat), respiration rate, electromyogram (monitoring electrical signals from muscle movements) and temperature.
The humanoid robot can also monitor oxygen levels, which could be used to monitor the condition of those who develop severe COVID-19. The data can be viewed in real-time on the robot's monitor or sent directly to the healthcare provider.
Kim plans further development and testing of the robot together with healthcare collaborators. At this stage, the robots are capable of passively gathering patient information. But within the next decade, he says it's conceivable that healthcare robots fitted with artificial intelligence could take a more active role, interacting with the patient, processing the data they have collected and even prescribing medication.
Further study will also need to involve determining acceptance levels for this type of technology among various age groups, from youth to seniors, in a hospital setting.
Source and top image: Simon Fraser University