Pepper the Robot Talks to Itself to Improve Interactions with People 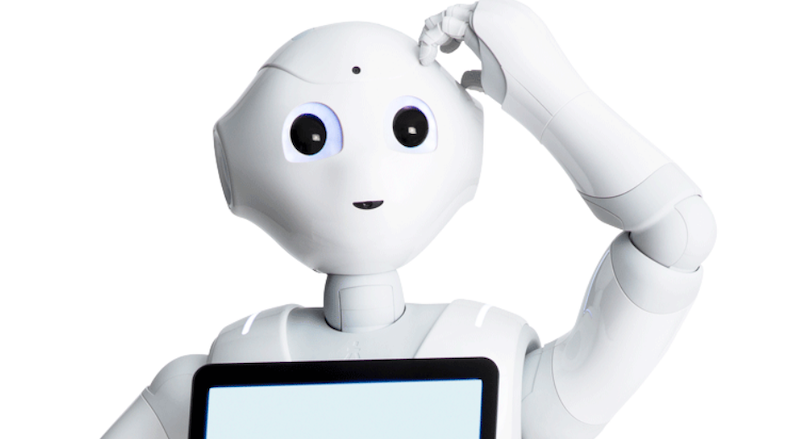 Ever wondered why your virtual home assistant doesn't understand your questions? Or why your navigation app took you on the side street instead of the highway? In a study published April 21st in the journal iScience, Italian researchers designed a robot that "thinks out loud" so that users can hear its thought process and better understand the robot's motivations and decisions.
"If you were able to hear what the robots are thinking, then the robot might be more trustworthy," says co-author Antonio Chella, describing first author Arianna Pipitone's idea that launched the study at the University of Palermo. "The robots will be easier to understand for laypeople, and you don't need to be a technician or engineer. In a sense, we can communicate and collaborate with the robot better."
Inner speech is common in people and can be used to gain clarity, seek moral guidance, and evaluate situations in order to make better decisions. To explore how inner speech might impact a robot's actions, the researchers the researchers built a cognitive model of inner speech that makes robots able to speak to themselves and deployed them in a commercially-available Pepper robot. For further information see the IDTechEx report on Mobile Robots, Autonomous Vehicles, and Drones in Logistics, Warehousing, and Delivery 2020-2040.
The scientists found that, with the help of inner speech, Pepper is better at solving dilemmas. In one experiment, the user asked Pepper to place the napkin at the wrong spot, contradicting the etiquette rule. Pepper started asking itself a series of self-directed questions and concluded that the user might be confused. To be sure, Pepper confirmed the user's request, which led to further inner speech.
"Ehm, this situation upsets me. I would never break the rules, but I can't upset him, so I'm doing what he wants," Pepper said to itself, placing the napkin at the requested spot. Through Pepper's inner voice, the user can trace its thoughts to learn that Pepper was facing a dilemma and solved it by prioritizing the human's request. The researchers suggest that the transparency could help establish human-robot trust.
Comparing Pepper's performance with and without inner speech, Pipitone and Chella discovered that the robot had a higher task-completion rate when engaging in self-dialogue. Thanks to inner speech, Pepper outperformed the international standard functional and moral requirements for collaborative robots--guidelines that machines, from humanoid AI to mechanic arms at the manufacturing line, follow.
"People were very surprised by the robot's ability," says Pipitone. "The approach makes the robot different from typical machines because it has the ability to reason, to think. Inner speech enables alternative solutions for the robots and humans to collaborate and get out of stalemate situations."
Although hearing the inner voice of robots enriches the human-robot interaction, some people might find it inefficient because the robot spends more time completing tasks when it talks to itself. The robot's inner speech is also limited to the knowledge that researchers gave it. Still, Pipitone and Chella say their work provides a framework to further explore how self-dialogue can help robots focus, plan, and learn.
"In some sense, we are creating a generational robot that likes to chat," says Chella. The authors say that, from navigation apps and the camera on your phone to medical robots in the operation rooms, machines and computers alike can benefit from this chatty feature. "Inner speech could be useful in all the cases where we trust the computer or a robot for the evaluation of a situation," Chella says.
Source and top image: Cell Press