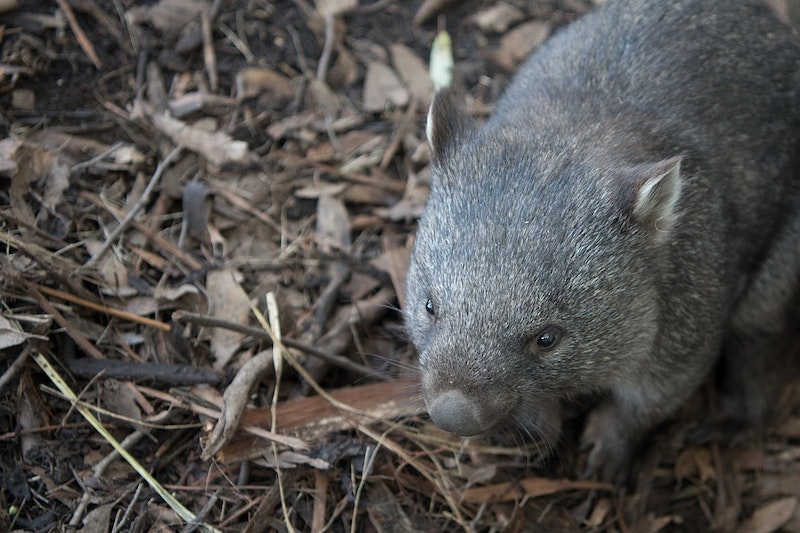 A new robot - named WomBot - that can be used to explore and study wombat burrows is presented in a study published in the journal SN Applied Sciences. Wombats reside and sleep in burrows and occupy a different burrow every four to ten days. Parasitic mites that cause sarcoptic mange, a serious disease affecting wombats, are thought to be transmitted when wombats occupy each other's burrows but it has not been clear whether conditions within burrows promote this transmission.
Researchers from La Trobe University and the University of Tasmania, Australia developed WomBot in order to study environmental conditions within wombat burrows. The robot is remotely operated and moves using continuous tracks, similar to a tank tread. Its top speed is 0.15 metres per second and it is able to climb inclines of up to 22 degrees. Environmental sensors in WomBot can measure the temperature and humidity of a burrow while a gripper attached to its front can be used to place and retrieve additional environmental sensors. Front and rear cameras enable burrow visualisation. WomBot is 300 millimetres long and weights two kilograms, equivalent to one third of the length and one tenth of the weight of a wombat. For further information see the IDTechEx report on Mobile Robots, Autonomous Vehicles, and Drones in Logistics, Warehousing, and Delivery 2020-2040.
Robert Ross, the corresponding author, said: "Wombat burrows are challenging to study as they are narrow, muddy, can be dozens of metres long and contain steep sections and sharp turns. WomBot allows us to enter and explore these burrows without destroying them or using expensive ground-penetrating radar. This can help us better understand the environmental conditions within burrows that may facilitate sarcoptic mange transmission."
The authors used WomBot to explore a total of 30 wombat burrows in Tasmania during September 2020. They found that the average temperature inside the burrows was 15 degrees Celsius and the average relative humidity was 85%. Environmental sensors left in the burrows over a 24 hour period recorded that temperatures remained mostly constant at 11 degrees Celsius and relative humidity ranged from 85 to 95%. Temperatures outside of the burrow during this time ranged from three to 15 degrees Celsius and relative humidity ranged from 70 to 95%.
Previous research has suggested that the conditions that promote maximum survival of scabies mites are temperatures around 10 degrees Celsius and relative humidity between 75 and 97%, similar to the conditions observed inside the wombat burrows. The authors estimate that female mites could survive for between nine and ten days at the entrance to a wombat burrow and between 16 and 18 days inside a burrow, potentially allowing them to infect wombats.
Robert Ross said: "Our findings indicate that the environmental conditions within wombat burrows may facilitate sarcoptic mange transmission by promoting mite survival. WomBot could potentially be used to help reduce the spread of sarcoptic mange by delivering insecticide or ensuring burrows are empty before being temporarily heated in order to eradicate mites."
The authors caution that the environmental conditions observed over a 24-hour period within the burrows used in their study may not be representative of conditions inside all wombat burrows throughout the year. Further research could use WomBot to create three dimensional reconstructions of burrows or to collect soil samples from burrows in order to study mite prevalence.
Source: Springer
Top image: Pixabay