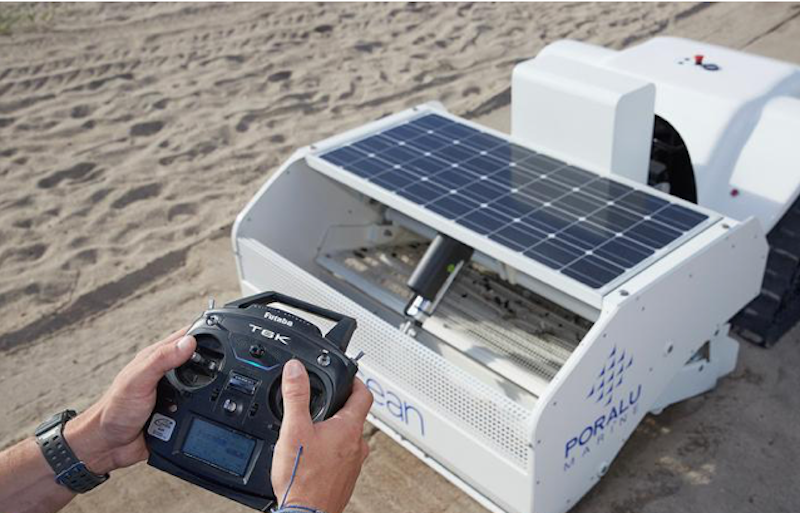 Walk any beach or coastline around the world and you're bound to encounter some form of plastic pollution. Plastic waste isn't just an eyesore that impacts tourism and local economies; it's also an environmental hazard that can harm wildlife and degrade crucial coastal ecosystems.
To help keep beaches clean, many coastal properties utilize heavy-duty equipment like tractors to rake the sand or manual sifters that are labor intensive, less efficient, trigger beach erosion, and automatically crush fauna and flora present in the sand. Yet these devices leave a lot of plastic waste behind because it's either too small or too deep in the sand to capture. Sand quality is degraded and all small trash that isn't recovered will eventually find its way into the ocean or into the stomachs of seabirds, sea turtles, and other animals who rely on the coastal ecosystem to thrive. For further information see the IDTechEx report on Mobile Robots, Autonomous Vehicles, and Drones in Logistics, Warehousing, and Delivery 2020-2040.
The BeBot beach cleaning robot is a new clean ocean technology specifically designed to address these issues and can either replace or work in tandem with existing cleanup efforts. The BeBot was manufactured by Poralu Marine, a leader in the design, manufacture, and installation of environmentally-friendly marine technology and infrastructure. Made for the sole purpose of cleaning and restoring coastlines while preserving the natural environment, the BeBot is an eco-friendly beach cleaning robot that mechanically sifts sand to remove plastic waste and other debris without harming the local environment. The solar and electric-powered BeBot can clean up to 3,000 sqm of beach per hour using small 1 cm x 1 cm sifting grids to separate small items from the sand. 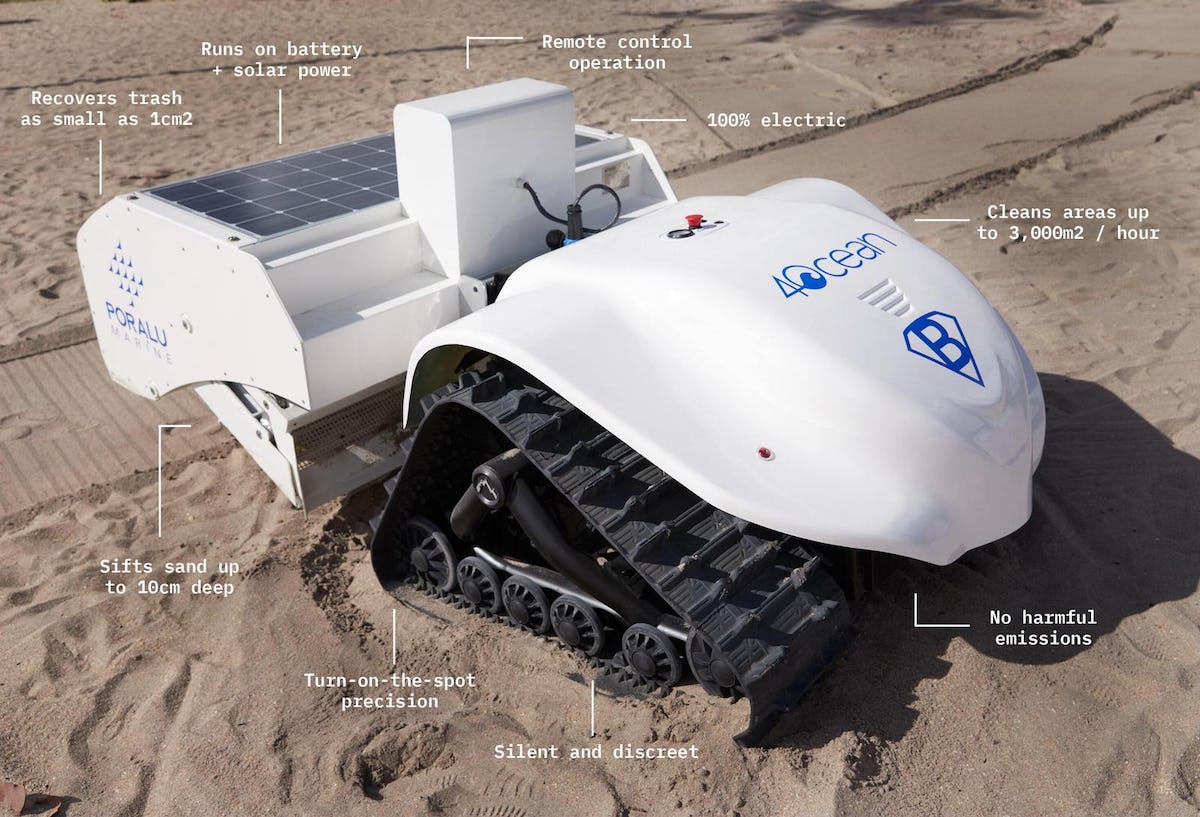 4ocean is one of the only companies in the world that hires full-time captains and crews to recover trash directly from the ocean, rivers, and coastlines seven days a week. Over the next few weeks, 4ocean will be testing the BeBot on beaches near their headquarters in South Florida. In the near future, 4Ocean will also deploy an additional BeBot in Hawai'i to support local partners and existing cleanup initiatives on the island of Oahu.
"We are always searching for innovative technology to improve our cleanup capabilities and are thrilled to partner with Poralu Marine on introducing such an impactful piece of technology," said Alex Schulze, 4ocean's co-founder and CEO. "With the launch of the BeBot, we are able to work smarter and sustainably while recovering plastic that has already seen the ocean and preventing new plastic from ever getting there in the first place."
Source and top image: 4Ocean