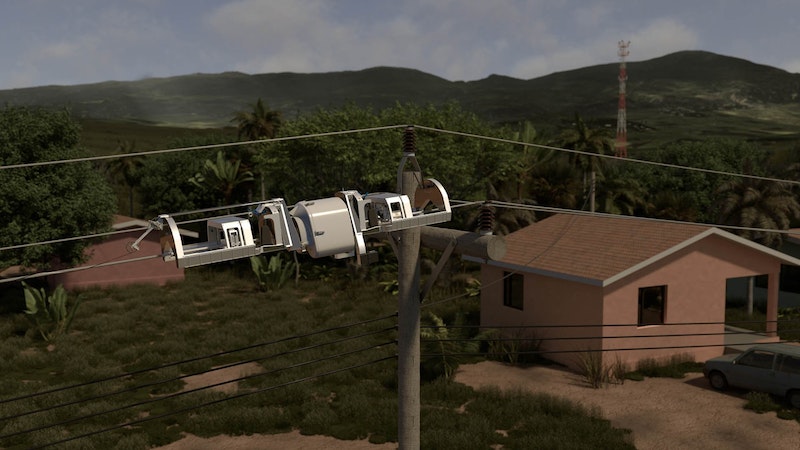 As the internet becomes ever more pervasive in the way we live and work, the technologies used to bring people online have not kept pace. Even as per person data consumption increases by 20-30% every year, nearly half the world is being left behind — either lacking adequate access to the internet, or remaining completely unconnected.
New technological breakthroughs are needed to solve this challenge and bring more people online to a faster, more reliable internet. Facebook Connectivity works with partners to develop these technologies and bring them to people across the world. Since 2013, Facebook Connectivity has accelerated access to a faster internet for more than 300M people around the world. Last week, during an event called Inside the Lab, Facebook engineers shared the latest developments on connectivity technologies, which aim to improve internet capacity across the world by sea, land and air:
The Bombyx robot combines innovations in the fields of robotics and fiber-optic cable design to dramatically lower the cost of deploying fiber by utilizing electrical infrastructure. While there have been tremendous improvements in the strength and size of a fiber strand, as well as the amount of data a strand can carry, there has not yet been a widely applicable solution for reducing the cost of fiber construction. Facebook selected ULC Robotics, based on their innovative concept design and their decade-plus of experience designing robots for high-reliability utility applications. For further information see the IDTechEx report on Mobile Robots, Autonomous Vehicles, and Drones in Logistics, Warehousing, and Delivery 2020-2040.
The resulting ULC design comprises a pair of drive subsystems, a lift subsystem, and a rotation subsystem. The robot's drive subsystem comprises a pair of driven grippers that can be moved relative to each other to accommodate obstacles and conductor angles. To pass an obstacle, the lift subsystem raises the payload and rotation subsystems from their normal cable wrapping position, which has a center of mass aligned with the power line, up to clear the obstacle. During this operation, the robot is put in an unbalanced state (like a tightrope walker) and uses a stabilizer to balance itself as it crosses the obstacle, after which the payload and rotation subsystem are lowered, and the wrapping operation continues.
The robot also includes a vision system to identify obstacles and appropriately adjust its movements to clear the obstacles while maintaining the clearances required to prevent an electrical hazard. The shape and material properties of the robot are optimized for weight and safe operation on live lines. Each robot will be capable of installing over a kilometer of fiber and passing the dozens of intervening obstacles autonomously in approximately an hour and a half. To account for the human interaction steps such as setup, loading and unloading the robot, installing transitions, etc., Facebook has been conservatively estimating an overall build speed of 1.5 km to 2 km per robot per day on average. 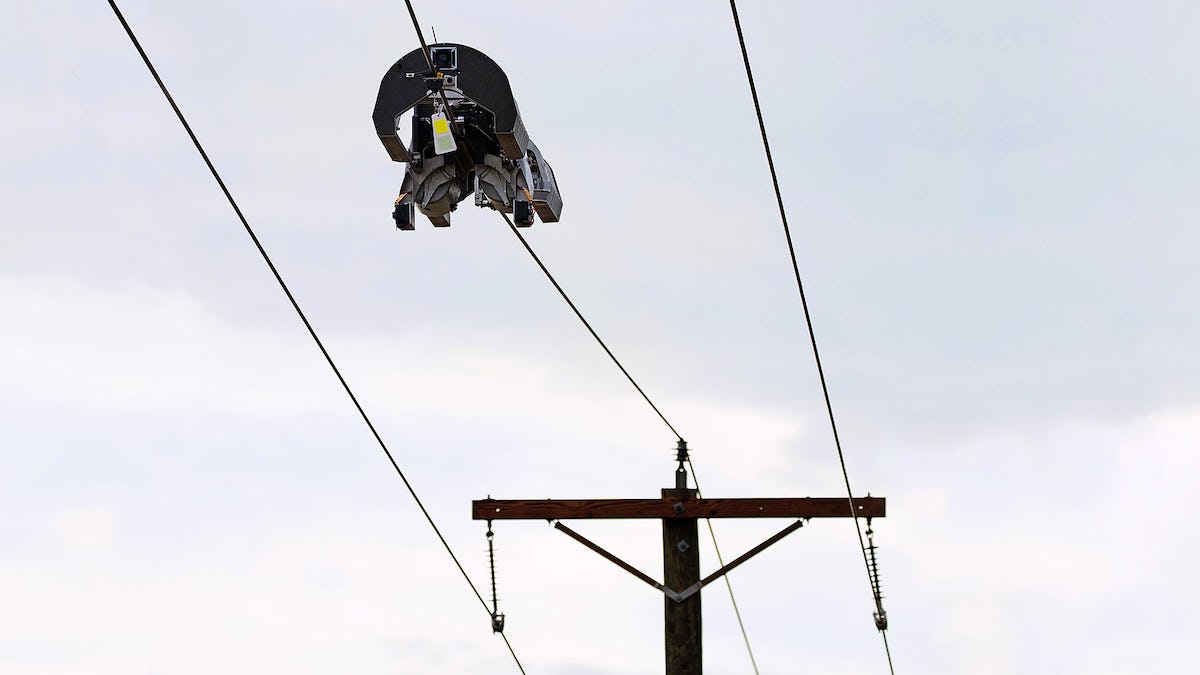