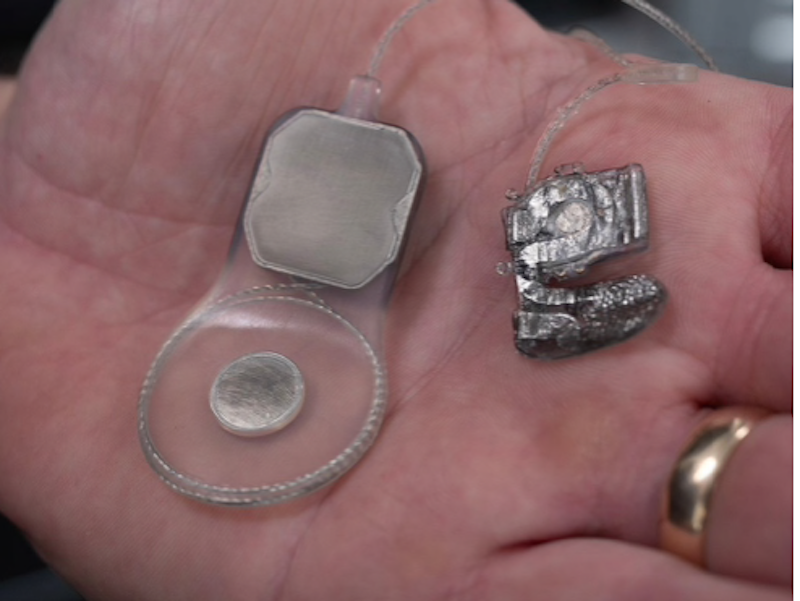 A bionic eye being developed by a team of biomedical researchers at the University of Sydney and UNSW has shown to be safe and stable for long-term implantation in a three-month study, paving the way towards human trials.
The Phoenix99 Bionic Eye is an implantable system, designed to restore a form of vision to patients living with severe vision impairment and blindness caused by degenerative diseases, such as retinitis pigmentosa. The device has two main components which need to be implanted: a stimulator attached to the eye and a communication module positioned under the skin behind the ear. For further information see the IDTechEx report on Invasive and Non-Invasive Neural Interfaces: Forecasts and Applications 2018-2028.
Published in Biomaterials, the researchers used a sheep model to observe how the body responds and heals when implanted with the device, with the results allowing for further refinement of the surgical procedure. The biomedical research team is now confident the device could be trialled in human patients.
The team will now apply for ethics approval to perform clinical trials in human patients, as they continue to develop and test advanced stimulation techniques.
The Phoenix99 Bionic Eye works by stimulating the retina - a thin stack of neurones lining the back of the eye. In healthy eyes, the cells in one of the layers turn incoming light into electrical messages which are sent to the brain. In some retinal diseases, the cells responsible for this crucial conversion degenerate, causing vision impairment. The system bypasses these malfunctioning cells by stimulating the remaining cells directly, effectively tricking the brain into believing that light was sensed.
"Importantly, we found the device has a very low impact on the neurons required to 'trick' the brain. There were no unexpected reactions from the tissue around the device and we expect it could safely remain in place for many years," said Mr Samuel Eggenberger, a biomedical engineer who is completing his doctorate with Head of School of Biomedical Engineering Professor Gregg Suaning.
"Our team is thrilled by this extraordinary result, which gives us confidence to push on towards human trials of the device. We hope that through this technology, people living with profound vision loss from degenerative retinal disorders may be able to regain a useful sense of vision," said Mr Eggenberger.
Professor Gregg Suaning said the positive results are a significant milestone for the Phoenix99 Bionic Eye.
"This breakthrough comes from combining decades of experience and technological breakthroughs in the field of implantable electronics," said Professor Suaning.

How the bionic eye works