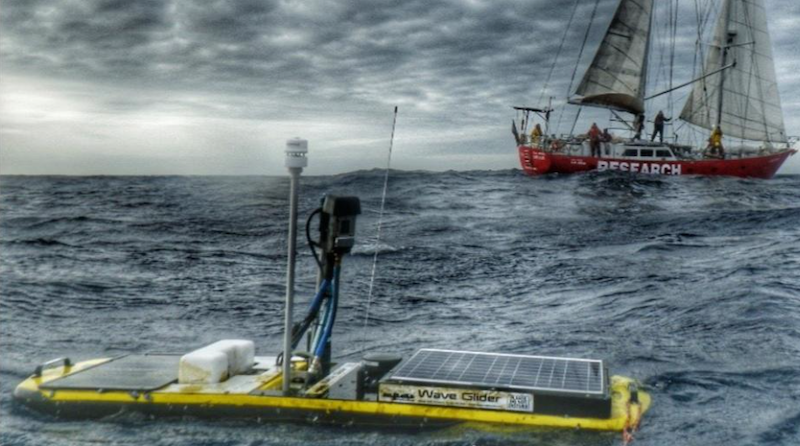 Storms over the waters around Antarctica drive an outgassing of carbon dioxide into the atmosphere, according to a new international study with researchers from the University of Gothenburg. The research group used advanced ocean robots for the study, which provides a better understanding of climate change and can lead to better global climate models.
The world's southernmost ocean, the Southern Ocean that surrounds Antarctica, plays an important role in the global climate because its waters contain large amounts of carbon dioxide. A new international study has examined the complex processes driving air-sea fluxes of gasses, such as carbon dioxide.
The research group is now delivering new findings that shed light on the area's important role in climate change. For further information see the IDTechEx report on New Robotics and Drones 2018-2038: Technologies, Forecasts, Players.
"We show how the intense storms that often occur in the region increase ocean mixing and bring carbon dioxide-rich waters from the deep to the surface. This drives an outgassing of carbon dioxide from the ocean to the atmosphere. There has been a lack of knowledge about these complex processes, so the study is an important key to understanding the Southern Ocean's significance for the climate and the global carbon budget," says Sebastiaan Swart, professor of oceanography at the University of Gothenburg and co-author of the study.
Half of all carbon dioxide bound in the world's oceans is found in the Southern Ocean. At the same time, climate change is expected to result in more intense storms in the future. Therefore, it is vital to understand the storms' impact on the outgassing of carbon dioxide into the atmosphere, the researchers point out.
"This knowledge is necessary to be able to make more accurate predictions about future climate change. Currently, these environmental processes are not captured by global climate models," says Marcel du Plessis at the University of Gothenburg, who also participated in the study.

Measuring the inaccessible and stormy waters around Antarctica for a long period of time is a real challenge, which the researchers tackled with the help of unique robot technology. For several months, autonomous ocean robots; drones and ocean gliders, collected data from the surface and through to depths of one kilometer.
"This pioneering technology gave us the opportunity to collect data with long endurance, which would not have been possible via a research vessel. Thanks to these ocean robots we can now fill important knowledge gaps and gain a better understanding of the importance of the ocean for the climate," says Sebastiaan Swart.
Source and top image: University of Gothenburg