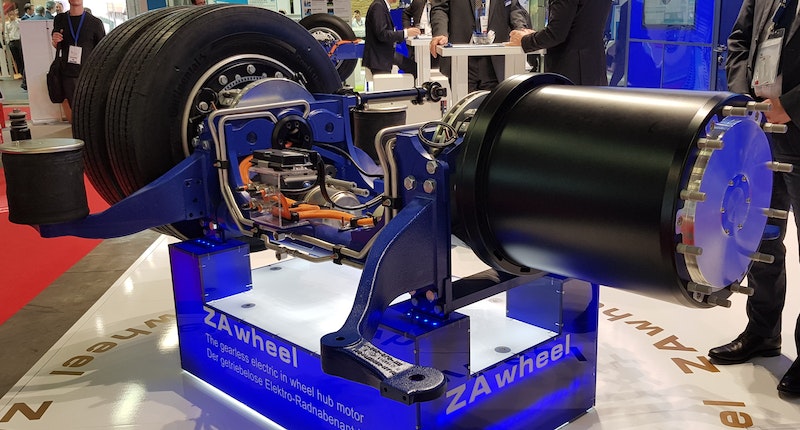 Electric vehicles by land, water and air are rapidly arriving and rapidly being misunderstood. For example, the battery cost will be overtaken by the other electricity management from the solar bodywork on your Tesla pick-up truck, its motors, power electronics. Motors last forever? No. We now push motors so hard they wear out, increasing sales. For example, Tesla Model S owner Hansjörg Eberhard von Gemmingen reached 1 million kilometres, going through four motors but only three batteries. Construction, agriculture and mining EVs sometimes wear out motors in three years. See IDTechEx reports, "Electric Motors for Electric Vehicles: Land, Water, Air 2020-2030" and "Electric Vehicle Motor Manufacturers and Developers: 255 Analysed and Assessed" which identifies those worth acquiring, those in the technologies with most potential and so on. 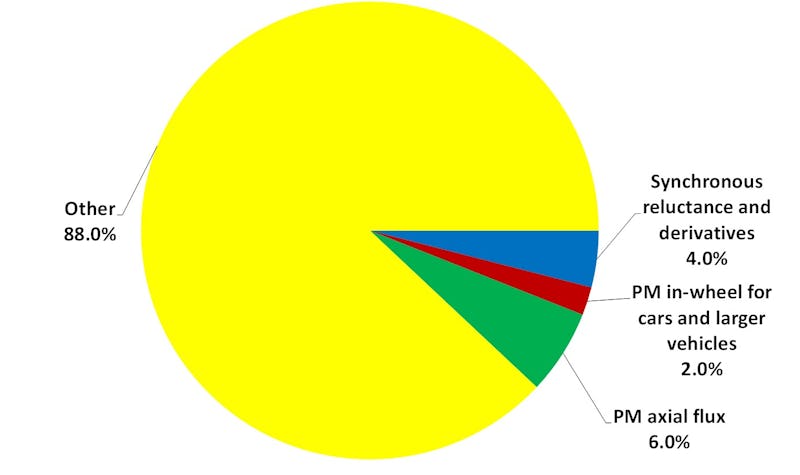 Graph from IDTechEx report "Electric Vehicle Motor Manufacturers and Developers: 255 Analysed and Assessed" showing technology subset distribution and the relative shortage of players in these three sectors taking market share.
Teslas will next have three motors, they say. Amazon just ordered 100,000 Rivian pure-electric delivery trucks with four motors per vehicle. Lilium air taxi has 36 motors instead of one. This trend to more motors per vehicle has many reasons, including redundancy, enabling new benefits such as vectored traction and steering, efficiency (e.g. one optimised for acceleration, one for cruise) and new principles of flight. New robot shuttles travel sideways when needed and some 360-degree motored wheels are now available at even greater cost. See the IDTechEx report, "Robot Shuttles and Autonomous Buses 2020-2040".
The motor business benefits from average propulsion kW per vehicle increasing as ever larger vehicles are electrified. Motors benefit from the trend, from engine-dominant hybrids that do not plug in to battery dominant hybrids some of which plug in. This trebles motor size and cost as hybrids run engine-off pure electric for more of the duty cycle. Motors benefit from the trend from internal combustion to 48V mild hybrid to 48V full hybrid from 2022. EV motors are a rapidly evolving, attractive business.
Learn more at the next leading event on the topic: Sensors Europe 2020